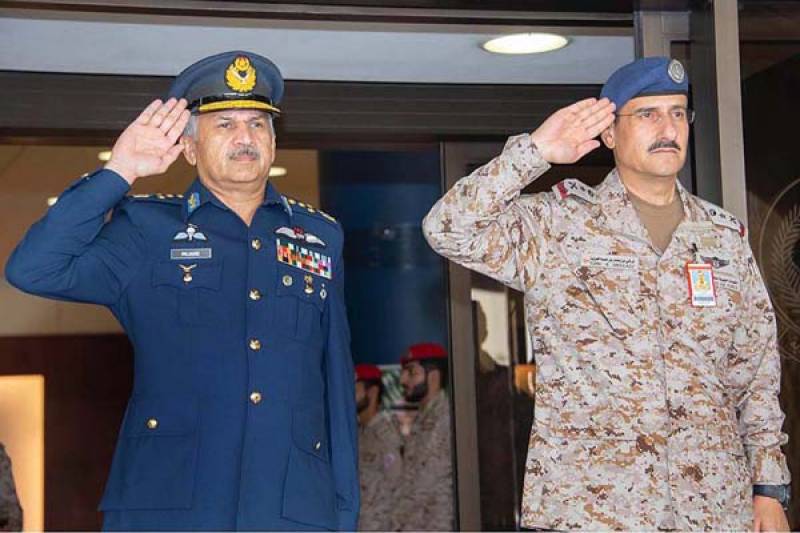 On his arrival, a smartly turned out contingent of Royal Saudi Air Force presented guard of honour to the Air Chief, said a press release issued here on Tuesday by Directorate of Media Affairs of PAF.

Various matters of bilateral cooperation and professional interest came under discussion during the meeting.

Commander Royal Saudi Air Force lauded the strong bond of love and respect between both the brotherly nations and the two air forces. While showing satisfaction on the current level of cooperation, both the dignitaries agreed to explore new avenues to further enhance bilateral cooperation. - APP