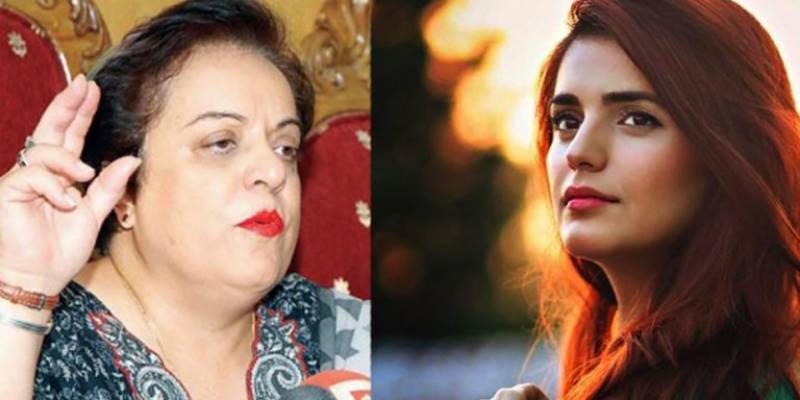 ISLAMABAD - Top singer Momina Mustehsan took to Twitter on Monday to respond to the remarks made by the Pakistan Tehreek-e-Insaf leader Shireen Mazari stating that she had the right to freedom of expression.

“Apologies for hurting ur sentiments. It is ur right to judge us & express ur outrage,just like it was our right to exercise our #FreedomOfExpression. As our Minister of #HumanRights, u should appreciate @cokestudio for allowing us to express ourselves, esp if it was horrendous :),” read the Coke Studio sensations’ tweet.

Mazari was quick to respond to Momina defending herself saying: “I gave my personal opinion which I am entitled to esp on a non pol issue having to do with music. To each his/her own! And why bring the ministry into it?!”

Momina responded clarifying: “I respect that ma’am - I apologized & acknowledge u had every right to judge & express outrage. I was only answering ur question of why coke studio allowed it. And as someone holding office, I’d hope u’d appreciate the allowance of freedom of expression- however bad it turned out”

The extended fumed Twitter thread was brought to an end with Mazari concluding: "I did not like the song. End of story."