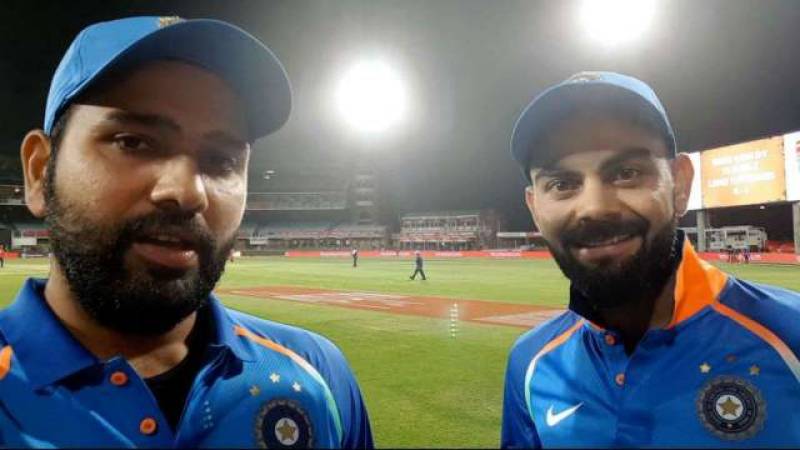 NEW DELHI - The names of Indian Skipper Virat Kohli along with Pakistan Umar Akmal have surfaced in the new international fixing scandal.

Al Jazeera has claimed that it has dossier showing photographs of alleged match-fixer Aneel Munawar and his associates "hovering near, and purportedly talking to" international cricket players Virat Kohli, Rohit Sharma and Umar Akmal during the T20 World Cup in Sri Lanka in 2012.

While, it has posted some of these alleged picture with a report link on spot fixing on its website, the channel made it clear that there is no suggestion that these players were involved in any wrongdoing.

However, the report published on Al Jazeera website, has claimed that some other top international players were involved in spot fixing.

The report based on Al Jazeera's investigative documentary released on Sunday (October 21) claims that Aneel Munawar, an alleged match-fixer on ICC's radar, had been involved in 26 spot-fixing instances in six Tests, six ODIs and three World T20 matches between 2011-12.