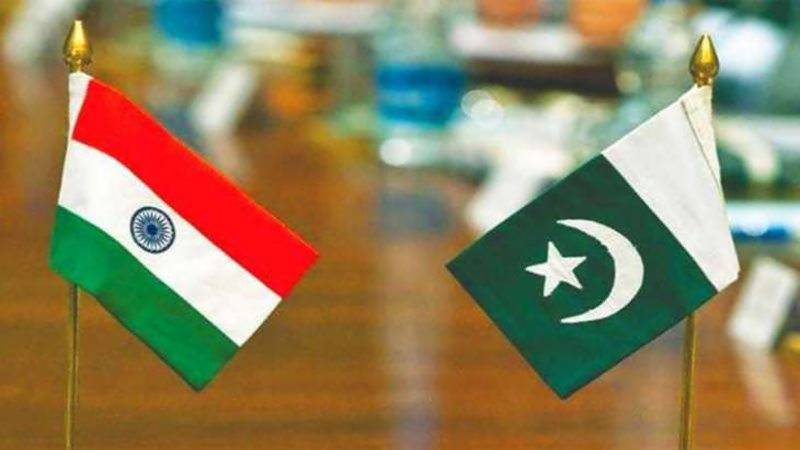 ISLAMABAD: Urging Pakistan and India to solve water issues through hydro-diplomacy and in accordance with Indus Waters Treaty (IWT), former diplomats and water experts enunciated the fears of war between the two countries if the matters pertaining to water sharing of the mutual rivers were not resolved placidly.

They were speaking at the launching ceremony of a book 'Hydro-Diplomacy: Preventing Water War Between Nuclear-Armed Pakistan and India' authored by Ashfaq Mahmood, former federal secretary, Water and Power and published by IPS Press, the publishing wing of the Institute of Policy Studies (IPS), Islamabad.

President Sardar Masood Khan praised the author’s solution-oriented approach, stating that the book was backed by the author’s rich experience, exposure and his mastery in the discipline.

Speaking of the gravity of the water situation, the AJK President said that the Indian violations were hurting Pakistan in terms of water quality, water depletion, food security and climate change, and the scale of this damage could be envisaged through the fact that per capita water in the country had dropped from 2172cm to 1306cm between 1990 and 2015, an estimate that is authenticated by international bodies such as World Resource Institute and UNDP.

Highlighting the importance of commitment, knowledge-based approach, third-party mediation and strengthening of institutions that was needed for the issue’s resolve, Khan stressed that Pakistan should be smart enough to know Indian tactics of delay, such as presenting Pakistan-India tensions as a smokescreen to complete its hydro-projects, which included Baglihar, Wullar Barrage, Kishanganga dams at a faster pace.

He also underscored the need for preparing a comprehensive water policy having an external domains encompassing India and other neighbors, as well as internal domain stressing on water conservation, building of dams, investment in environment and the strategies to deal with the challenges of climate change.

Author of the book Ashfaq Mahmood, while shedding light on the need and significance of the book in the contemporary context, said that there was a very big gap in peoples’ perceptions on Indo-Pak water issues, which was based on hearsay, and what actually happens in the official meetings over the matter.

His purpose behind writing the book was to inform the masses about the nature and various facets of this highly critical issue that take place behind the curtains of diplomacy and seldom comes to the knowledge of the common men.

Elaborating the recent controversies regarding Pakistan’s concerns over Indian run of the river projects, the author said that as per the Indus Water Treaty, India was not supposed to interface, control or affect the flow of water towards Pakistan. There have however been violations in nearly all the relevant Indian dam designs which were set to have severe repercussion on Pakistan waters, food and climate.

Ambassador (r) Shafqat Kakakhel congratulated the author as well as IPS Press for coming up with an excellent book written on a such a crucial topic. He highlighted important points raised by the author in the book such as the cascade of projects launched by the Indian side on the river Chenab and Jhelum, the deteriorating quality of water flowing into Pakistan due to these projects, the alarming reduction of quantity of water flowing into Pakistan, and other important water management issues that were being by faced by Pakistan due to Indian non-compliance with the Indus Water Treaty.

Hasan hailed the timely publishing of the book and said that the issue that this book dealt with has already reached alarming levels. He mentioned that Indus Water Treaty was signed in an environment where Pakistan needed to ensure Food security, but with the passage of time, the shortcomings of the treaty regarding emerging issues such as environment, increase of population and non-resolution of Kashmir dispute, have become quite evident. He praised the flurry of issues covered by the author in the book including equitable water distribution, ingredients of Water-war, Post Indus Water Treaty issues etc.