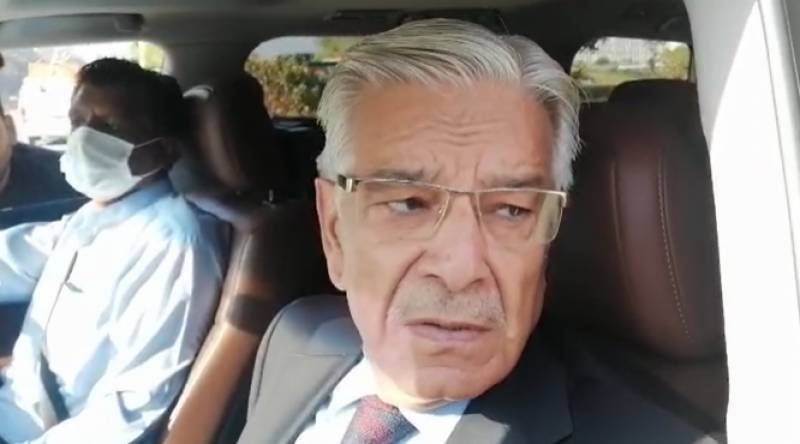 Defence Minister Khawaja Asif said Wednesday that legal process on the summary [for the appointment of army chief and chairman JCSC] was underway and it might take one or two days, reported 24NewsHD TV channel.

The defence minister was talking to the media informally outside the Prime Minister’s House in Islamabad after holding a meeting with PM Shehbaz Sharif.

“Will the senior most be appointed [as army chief] on merit?” a journalist asked a question from the defence minister.

“I do not know. The names will be finalised by tomorrow. The government’s allies and the cabinet will also be taken into confidence on tomorrow’s decision,” Khawaja Asif replied.

“But there is no mentioning of cabinet in Article 243?” another journalist asked a question.

“I do not know about so many articles. You must have read them,” he replied.

“Do you think that after the appointment, the ‘dharna party’ will end its plans?” another question was put to the defence minister.

“I do not want to speculate. But it is expected that the state of agitation that have been prevailing over the past many months will end,” he stated.

“Do you think that the president will follow the due process?” the defence minister was asked another question.

“Be it the president or the prime minister, decisions should be made under the Constitution in the national interest,” he replied.

He also stated that such an appointment should not be a part of public debate.

“There is no truth in the news about objection to the first summary. Media should avoid representing political factions,” he added.