UK Prime Minister Theresa May resigns on Friday?
23 May, 2019 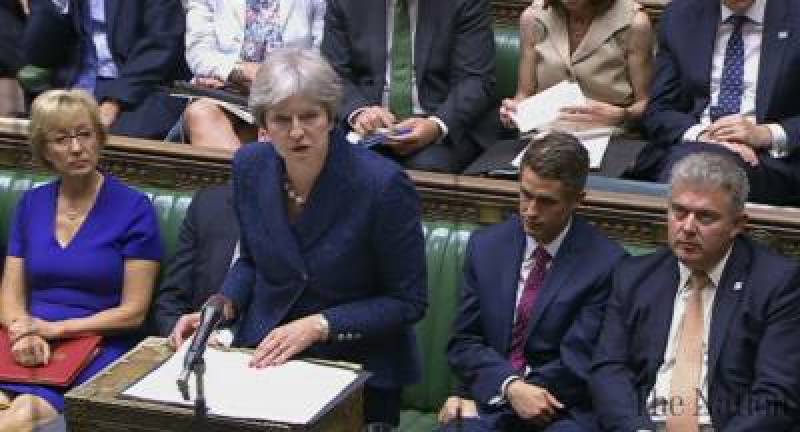 ISLAMABAD - UK Prime Minister Theresa May is expected to announce she will leave office on Friday in the wake of disagreements with lawmakers over her Brexit plan, The Times reported on Thursday.

According to The Times, May will announce her resignation after a meeting with Graham Brady, the head of the 1922 Committee, the Conservative Party group in the UK House of Commons that oversees the party's leadership.

May presented her new version of the withdrawal deal earlier this week. The prime minister argued that if the parliamentarians backed her plan, they would be able to vote on a confirmatory Brexit referendum. May's move prompted criticism among lawmakers and officials.

Moreover, the House of Commons leader Andrea Leadsom has stepped down over disagreements with May while the opposition has called for snap general elections. Some of the MPs even urged May to resign.

The United Kingdom was initially supposed to leave the European Union on 29 March. The parties have agreed on a withdrawal deal, but UK lawmakers have refused to pass it with the arrangement to avoid a hard border on the island of Ireland being one of the main points of concern for parliamentarians.

The Brexit deadline was subsequently moved to 31 October with London obliged to participate in the European Parliament elections if the deal is not passed by 23 May. -Sputnik