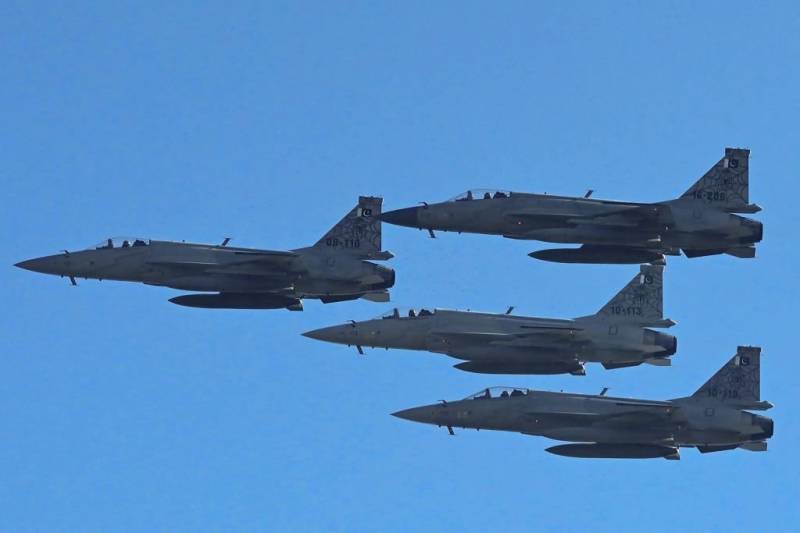 One of the important highlights of the Pakistan Day parade was the fly-past of the recently-inducted J-10C fighter. The next-generation Chinese aircraft, equipped with cutting-edge technology, were inducted into the Pakistan Air Force (PAF) squadron earlier this month.

Known as Vigorous Dragon, the J-10 C is a medium-weight, all-weather jet, according to military analysts who say it will enhance Pakistan’s combat capability, currently reliant on Chinese JF-17 Thunder jets, French Mirages and ageing US F-16s.

Commandos from the Special Services Group (SSG) also demonstrated their lethal skills during the parade.

Another colourful attraction of the event would be the display of floats, representing the four provinces and administrative regions including Azad Jammu and Kashmir and Gilgit-Baltistan.

This year’s theme is “*Shad Rahay* Pakistan” (may Pakistan be happy) which is adapted from the words “*markaz-i-yaqeen shaad baad*” (blessed be the citadel of faith) in the national anthem.

Moreover, the theme is also the title of the latest enthralling national song released by the Inter-Services Public Relations (ISPR). The song is written and sung by lyricist and singer Shuja Haider, with Yashal Shahid lending her voice as well.