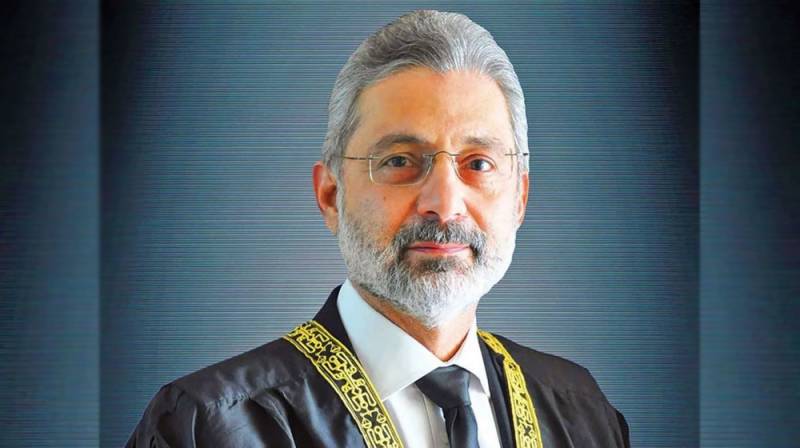 Judge of the Supreme Court link, Justice Qazi Faiz Isa has expressed his reservations over the formation of a larger bench link which will hear the presidential reference link that seeks interpretation of Article 63-A, reported 24NewsHD TV channel.

According to details, Justice Isa on Wednesday wrote a letter link to Chief Justice of Pakistan Umar Ata Bandial in which he expressed his reservations over the formation of the larger bench link. He raised some questions.

It further said that rules were not followed and judges who were on the 4th, 8th and 13th number in the seniority list were included in the larger bench link. Where the legal and constitutional affairs are involved, senior judges are be included in the bench link, the letter link said.

Justice Isa sent the copy of the letter link to the attorney general of Pakistan, Supreme Court link Bar Association president, SC judges and advocate generals of all provinces.

In the letter link, Justice Isa also objected to the appointment of a civil servant as registrar of the court. In my view, the registrar’s appointment is illegal, he wrote in letter link.

He said he thought twice before writing this letter link.