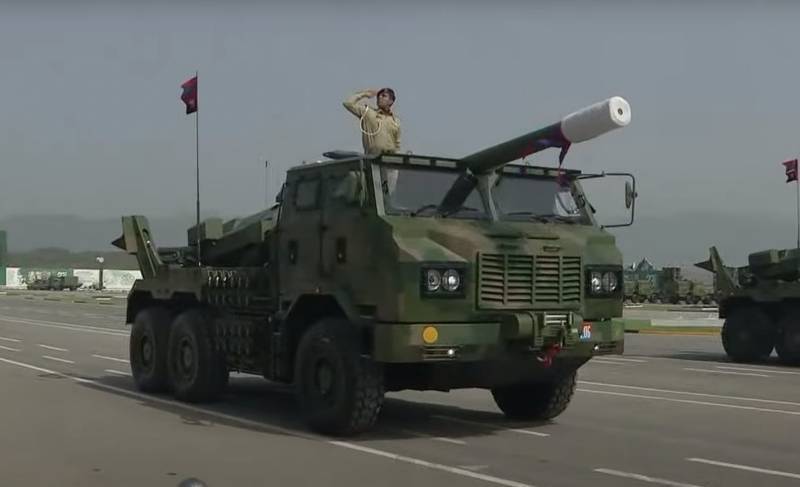 The modern artillery is fully capable to hit at a greater distance and is mounted on 6x6 Shaanxi truck chassis with an armoured cabin at the front and one 155 mm gun-howitzer mounted at the rear of the vehicle.

SH-15 is said to be a supreme ‘shoot and scoot’ artillery weapon for the use of nuclear shells. Pakistan Army acquired the wheeled self-propelled howitzer amid a major program to modernize its artillery forces, as it is lighter than a tracked howitzer and can be more easily deployed in the mountainous region.

The weapon system has a maximum firing range of 20 km with standard ammunition and 53 km with a rocket-assisted artillery projectile. Pakistani armed forces have nearly 500 tracked self-propelled howitzers including 200 American-made M109A2, 115 M109A5, 123 M109L, and 203mm 60 M110/M110A2 mounted on tracked chassis.

Analysts say this cutting-edge weapon system was delivered by Beijing to Pakistan as part of Sino-Pak strategy to counter Indian K-9 Vajra howitzers.