COAS General Bajwa stands down SSG Commandos for mixing up with public at parade ground
23 Mar, 2022 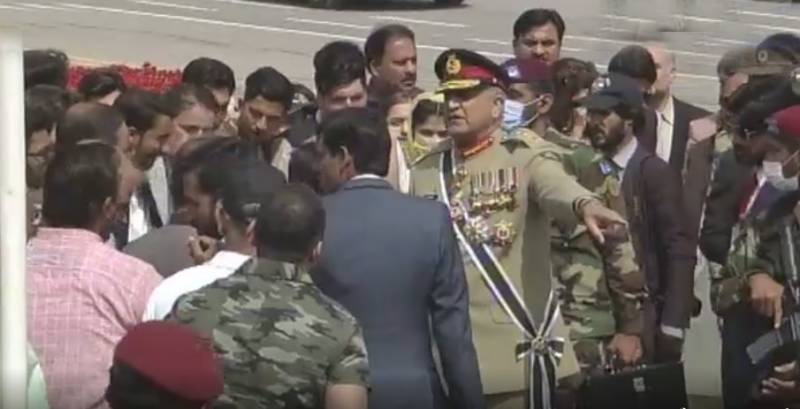 ISLAMABAD – As Pakistan's armed forces displayed their might in the annual military parade on the national day, the ceremony also featured some unfamiliar moments as Chief of Army Staff General Qamar Javed Bajwa interacted with the civilians present at the Parade Ground.

A clip from the military parade is doing rounds on social media in which the Army chief could be seen rubbing shoulder with people near the stands. During the brief interaction, he also shook hands with delighted citizens.

There came a moment when Gen Bajwa was about to leave when some people from the stands approached him but were blocked by his security. The top general expressed annoyance after SSG commandos restricted people and could be seen ordering them to recede.

The COAS also inquired about the wellbeing of citizens who flocked to shake hands with him while he also spotted patting the cheeks of some youth.

Earlier in the day, the top commander along with other service chiefs, Prime Minister Imran Khan and President Arif Alvi witnessed the grand military parade in Islamabad.