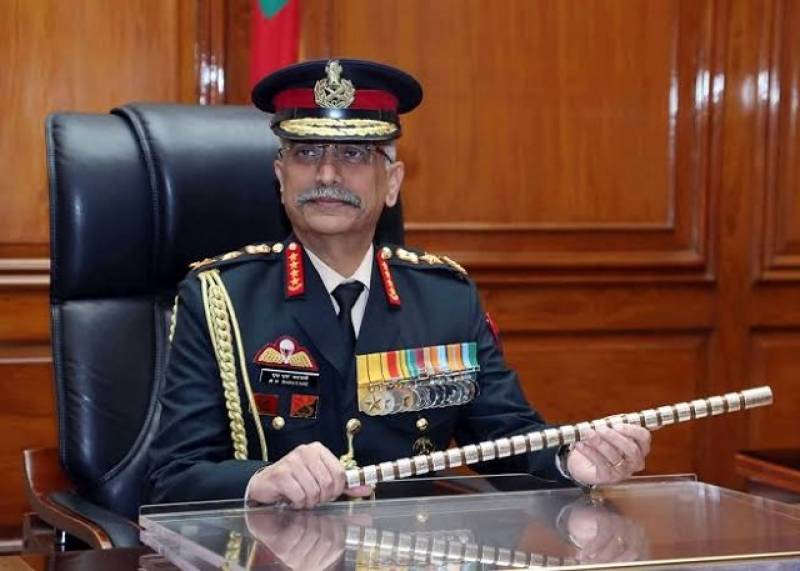 ISLAMABAD - An award-winning Indian journalist, in a series of questions, blamed the country’s army chief General Manoj Mukund Naravane for the slaughter of soldiers at the hand of the Chinese army while demanding his resignation at a time when pressure is mounting on both political and military leaderships over the brutal killing during the standoff in Ladakh.

“Our soldiers are not cannon fodder, they cannot be butchered for diplomatic gains. As crazy as it may sound, more than the Chinese military, it is you [General Manoj] that we are warier of.

Your policies, your directives and so ever evident step-motherly treatment to your very own is what concerns us more,” Ambreen Zaidi said in an open letter to the Indian army chief.

She said that the members of the Indian armed forces were not in the highest of spirits, because of General Manoj’s interventions to a large extent. “The Ladakh disaster made it more than evident how the various Headquarters of the Indian army across the hierarchy stood clipped of all their powers, because of your constant interference. We lost our men in an unsoldierly manner and there are major cover-ups after cover-ups to hide the ground reality,” she added.

Ambreen expressed her annoyance over the “cover-up” by the Indian politicians, seeking an explanation from the army’s top brass in series of question:

- How did we suffer so many casualties, including that of a Commanding Officer, if there were no intrusions by China? - Not only were our soldiers barbarically killed, their bodies were mutilated. Why? - Did they enter the enemy territory on their own (as claimed by China) and got attacked in defence? - Why is there a new spin to the Ladakh disaster, every day? - Will we ever know the truth? - – Did our soldiers fell into the trap laid by their own?

In her letter, the journalist even urged General Manoj to resign on moral ground. “Ever considered putting your foot firmly on the ground for your boys fighting it out and getting killed in sub-zero temperatures with not even adequate protective gear. Yes, then go ahead do it, we stand in solidarity with you. No? What about resigning on moral grounds, then,” she added.

*The article originally published in The Times of India link*