Cristiano Ronaldo was tough to face but he never made me suffer, admits Dani Alves
23 Jun, 2020 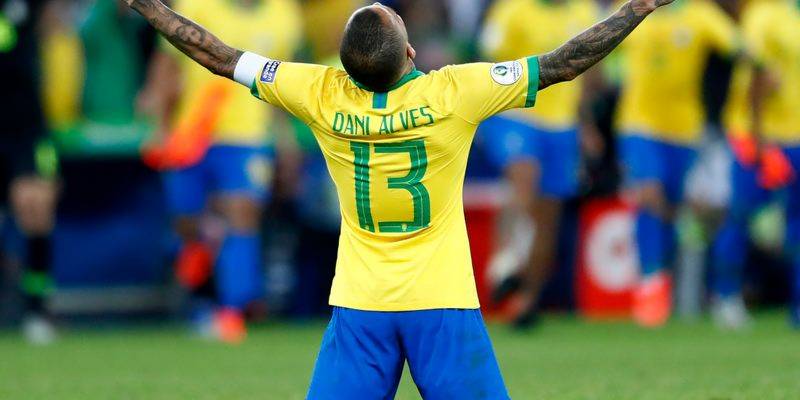 ISLAMABAD-Dani Alves reveals that Cristiano Ronaldo was the most difficult player he’s ever faced, but he also admitted that the Portuguese never made him suffer during La Liga days. The Brazilian spent 14 seasons in the Spanish domestic circuit and won numerous trophies with both Sevilla and Barcelona.

It was back in 2009 when Cristiano Ronaldo joined Real Madrid, for a world record transfer back then. Dani Alves was an influential figure in Pep Guardiola’s Barcelona, with the side-back enjoying a fierce rivalry with the Portuguese during El Classico’s. It was recently that Dani Alves revealed Cristiano Ronaldo was the most difficult opponent he ever faced but admitted he was never made to suffer by the Portuguese because he was always focused on his game.

"He never made me really suffer because I was focused, but the most difficult opponent I've faced has been Cristiano Ronaldo, without any doubt. He's that type of opponent that you have to be 100 percent focused on; if you are at 99 percent he will ruin you and will make you look silly. When I was with Guardiola, I think I made him suffer more than he did me," said Dani Alves, as reported by The Times of India.

Dani Alves, now 37, plays for Brazilian side Sao Paulo, having already past his prime during which he has also earned 118 national caps. Meanwhile, Cristiano Ronaldo now plays for Alves’ former club Juventus in the Serie A, with them leading the table, four points clear of second-placed Lazio with 11 matches to play.