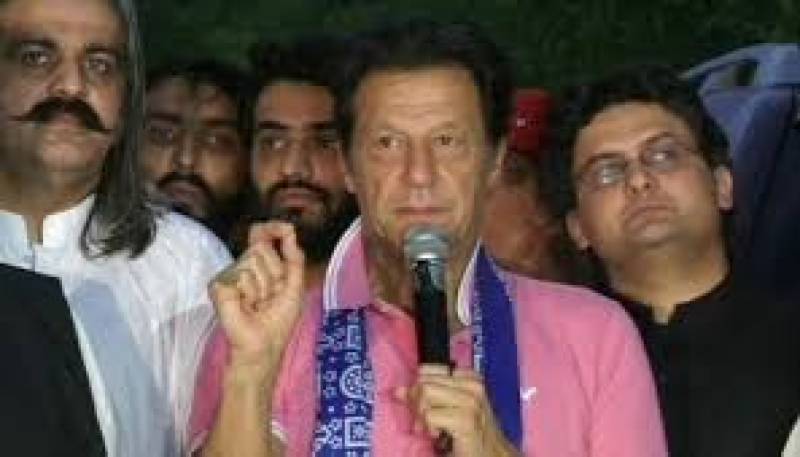 ISLAMABAD: Pakistan Tehreek-e-Insaf Chairman Imran Khan announced on Friday that he will make a final decision on the award of tickets to candidates for the forthcoming elections in next three days.

Addressing disgruntled party workers camped outside his Bani Gala residence, the party chief said that the only criterion he is taking into consideration is merit.

"It doesnt matter who joined first," he told the workers.

Khan added that alloting party tickets to women is the most difficult part of the process.

"We are contesting elections to win. We can only bring change once we win the polls," he said. "As many as 4,500 candidates applied for the tickets. We have reviewed our decisions wherever there have been reservations."

The PTI chief said that he found the last three days most difficult of his life.

"I spent 126 days at the [Islamabad] sit-in, but the last three days where I had to decide on the ticket allocation were the most difficult of all," he said.

He said that not a single party ticket was allocated to any of his family member contrary to Pakistan Muslim League-Nawaz (PML-N).

"There is no merit in the PML-N. They have given tickets to wives, daughters of influential figures," he took a jibe at the rival party.

PTI to kick-off campaign from Mianwali on Sunday

The PTI chief also announced a nationwide election campaign from Mianwali on Sunday.

"Because of Mianwali's youth PTI has become the biggest political party."