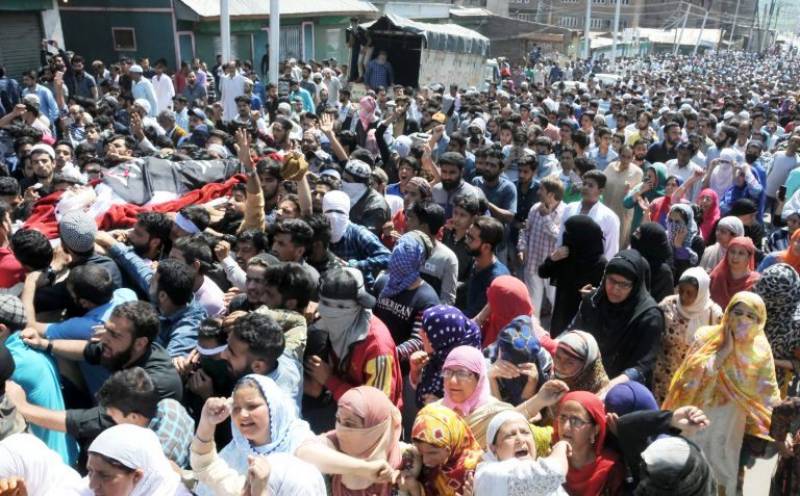 SRINAGAR - In occupied Kashmir, thousands of people have attended the funeral prayers of the five Kashmiris martyred by the Indian troops in Islamabad district, yesterday. High-pitched pro-freedom and anti-India slogans were chanted during the funeral prayers. Freedom songs were played from loudspeakers of the mosques in the entire area.

Meanwhile in a statement issued in Srinagar, the Chairman of All Parties Hurriyat Conference, Syed Ali Gilani, has said that the death and destruction will not end until the Kashmir dispute is resolved in accordance with the Kashmiris' aspirations.