Prisoners are dealt with in line with law, US on Aafia Siddiqui
23 Jun, 2018 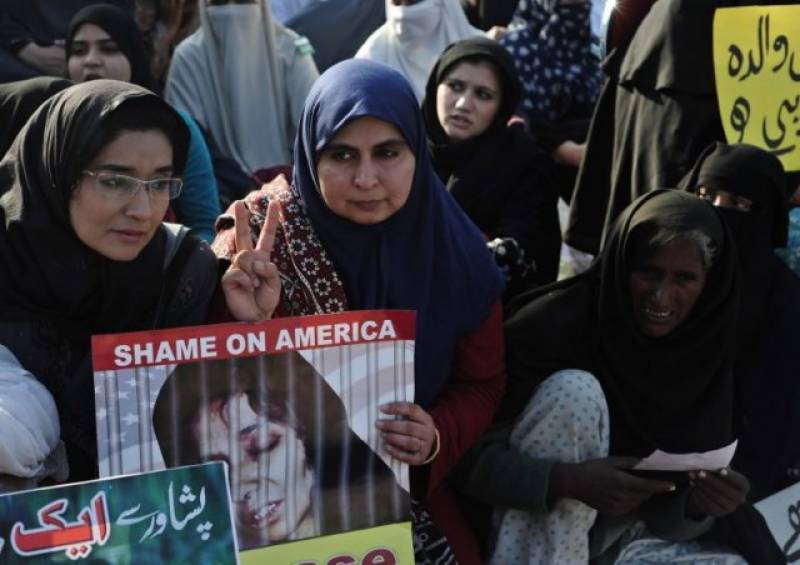 ISLAMABAD: The United States said that Pakistan’s Foreign Office contacted them over reported misbehavior with Pakistani convicted scientist Dr Aafia Siddiqui. According to the State Department, prisoners in America are dealt with according to the law.

Pakistan’s Foreign Office had demanded investigations into a report submitted by Pakistan’s consul-general in Houston, Aisha Farooqui, which spoke of abuse in jail. Farooqui met Dr Siddiqui on May 23. According to Farooqui, Dr Siddiqui complained about physical and sexual abuse by prison staff.

In 2010, a US court convicted Siddiqui, who was then 46 years old, on charges of attempted murder and assault of US personnel in Afghanistan. She is serving an 86-year jail term at the Federal Medical Center, Carswell, in Fort Worth, Texas.

“Dr Aafia Siddiqui has informed our consul-general about her oppression in jail,” he said during a press briefing in Islamabad on Thursday.

The State Department, through its spokesperson, said that the Pakistani FO had reached out to them over reported misbehaviour with Dr Siddiqui.