FO reaches out to US State Dept over alleged mistreatment of Dr Aafia Siddiqui
23 Jun, 2018 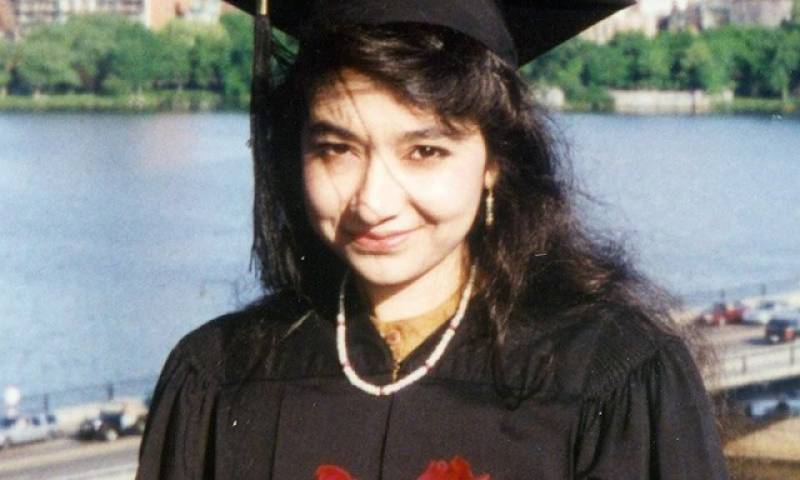 ISLAMABAD: The Pakistan Foreign Office has contacted the United States Department of State over alleged mistreatment of Dr Aafia Siddiqui, a Pakistani scientist imprisoned in a Texas prison.

The State Department, through its spokesperson, confirmed that Pakistani officials had reached out over alleged mistreatment of Dr Aafia, who is imprisoned at Texas' Federal Medical Center, Carswell.

Rejecting the allegations, the spokesperson said treatment meted out to convicted criminals in the US is in line with the international laws.

The conduct of US officials and prison-keepers with the prisoners is completely in accordance with the Constitution as well as the laws of the United States, the spokesperson said.

Prior to this, a State Department spokesperson said the matter of alleged mistreatment of Dr Aafia had been taken up with the relevant officials.

On June 7, 2018, the Supreme Court of Pakistan summoned a report from the Pakistan Embassy in Washington on Dr Aafia, after a three-member bench - led by Chief Justice Mian Saqib Nisar - heard a petition filed by the imprisoned scientist's sister, Dr Fouzia.

Dr Fouzia Siddiqui told the bench that Aisha Farooqui, the Pakistani consul-general in the US, had recently visited Dr Aafia in the prison, to which CJP Justice Nisar remarked that there were rumours of the imprisoned scientist’s death.

The Pakistan Embassy [in Washington] should tell whether Aafia is even alive, the top judge had remarked, adding that all the court could do was to wait for the report.

Dr Aafia Siddiqui was indicted by a New York federal district court in September 2008 on charges of attempted murder and assault, stemming from an incident during an interview with the US authorities in Ghazni, Afghanistan — charges that she denied.

After 18 months in detention, she was tried and convicted in early 2010 and sentenced to 86 years in prison.