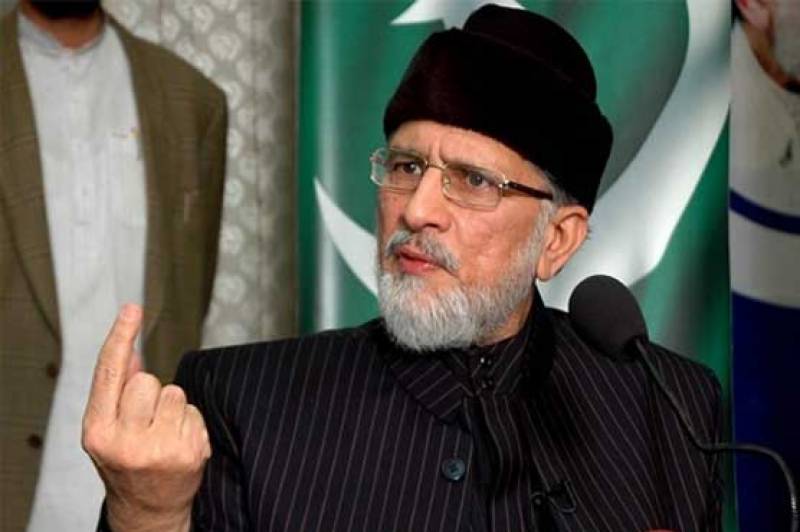 In a statement regarding Pakistan Tehreek-e-Insaf (PTI) Chief Imran Khan, Tahirul Qadri asked, “Why you staged sit-in, when you want ‘electable people’ for the elections.”

He said that the Articles 62 and 63 are not visible anywhere and that his party cannot be a part of the system involved in committing crimes in the name of democracy.

He said that he will continue his fight on principles and also complained for not getting justice over Model Town massacre.

“We are not disappointed and we will continue our struggle for provision of justice,” he added.

PAT Chief said that the families of martyred party workers were being harassed and demanded to suspend the people responsible for the tragedy.

Earlier, Qadri had said that they were praying for the early recovery of former prime minister Nawaz Sharif’s wife Begum Kulsoom Nawaz.