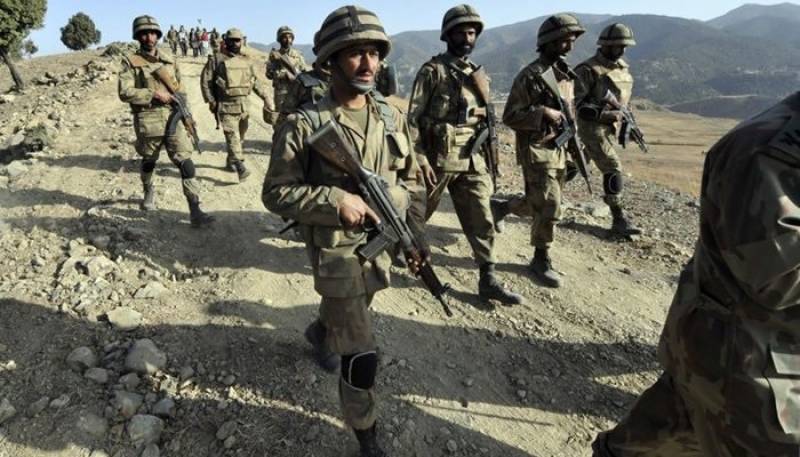 PESHAWAR – Pakistan Army has recovered a huge cache of weapons and ammunition during an undercover operation in South Waziristan’s Serwekai, the military media wing said Sunday.

A statement issued by Inter-Services Public Relations sub-machine guns, RPG-7, hand grenades and a large quantity of ammunition of multiple calibers have been seized during the operation conducted on a tipoff.

Armed forces conducted a raid at a terrorist hideout at an old fort and found weapons there. It also added that the terrorists had been working on dynamite landmines as well.

The operation was conducted by the security forces at a time when the Ministry of Interior directed LEA’s to exercise extreme vigilance after the recent terror incidents in the South Asian country.

All forces were ordered to take extra security measures to thwart any unforeseen incident.