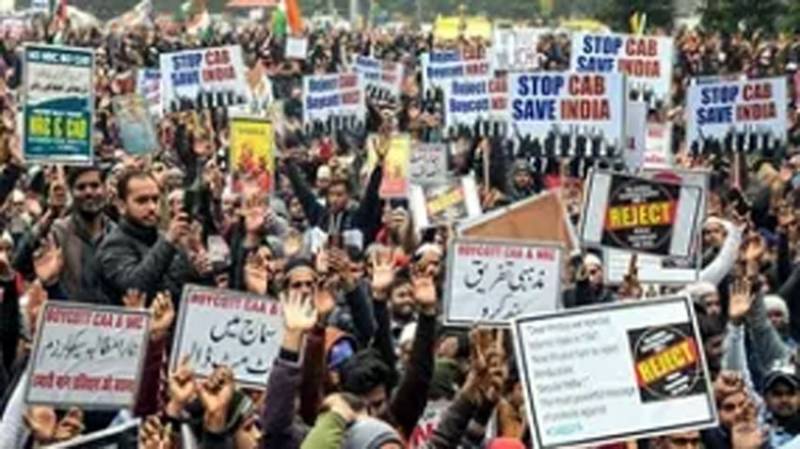 India has become a dangerous country for minorities under the fascist BJP-led Hindutva regime.

A report published by Kashmir Media Services has said that the minorities are being persecuted physically, psychologically and economically under state patronage and facing systematic oppression at the hands of Hindutva forces in India.

The report lamented that persecution of Muslims, Sikhs, Christians and low-caste Hindus had increased manifold under fascist Modi's rule as violence, intimidation and harassment against minorities had become order of the day.

It maintained that the rising attacks against minorities had unmasked the true face of the world's so-called largest democracy as the fascist Modi is shaping India's policy according to Hindutva dictates.

The report urged the international community to take notice of the plight of minorities and massive human rights violations being committed by Indian troops in the held Kashmir.

Meanwhile, in Indian illegally occupied Jammu and Kashmir, Peoples Democratic Party President Mehbooba Mufti has termed the Indian government’s admission that "situation is not normal in the territory" as self-contradictory.