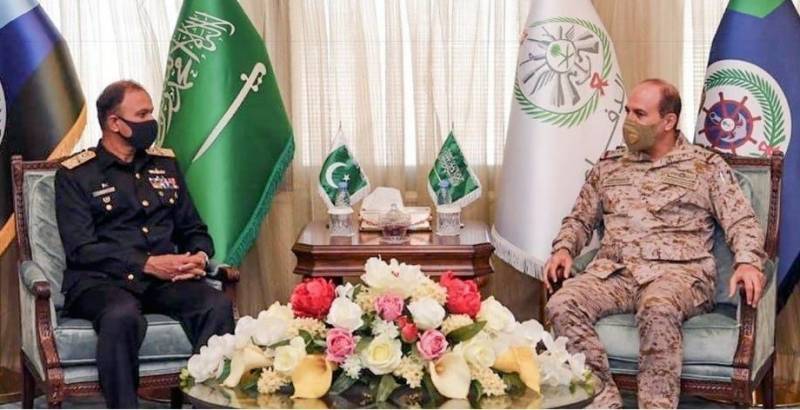 A smartly dressed contingent of RSNF presented Guard of Honour to the Naval Chief.

Admiral Niazi was given comprehensive briefing on RSNF setup and its ongoing operations. He also visited their Command and Control Centre.

The officials acknowledged brotherly ties between Pakistan and Saudi Arabia. The Saudi officials lauded the contributions of Pakistan in spearheading various initiatives for peace and stability in the region. They also appreciated the role of Pakistan Navy in training and capacity building of RSNF troops.

This visit was expected to boost the bilateral cooperation between both the countries in general and navies in particular.