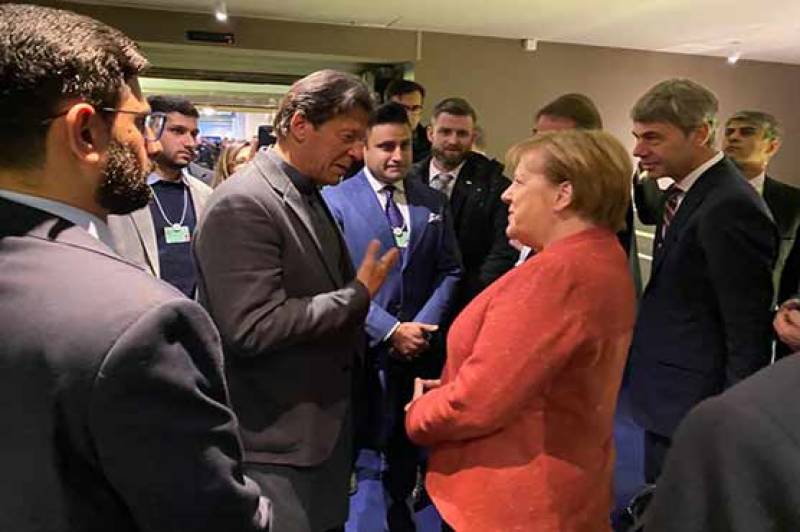 Prime Minister Imran Khan and German Chancellor Angela Merkel had in informal meeting on the sidelines of the World Economic Forum (WEF) 2020.

During the meeting, Angela Merkel invited PM Imran Khan to visit the Germany, which he accepted.

Earlier today, speaking at a ceremony of breakfast in Davos, the prime minister said that time has taught him how to calmly deal with the difficult situations, adding that several people get disappointed when they encounter with any tough moment but the human being should always be hopeful of good times.

Looking behind your past would greatly affect your victory as there is no Plan B when you are determined to be successful, he added.

The premier hoped that Pakistan will be developed under good governance. My vision is to turn Pakistan into a welfare state as envisioned by the founding fathers, he asserted.

We want to promote industrialization as it will create wealth which will help spend money on the poor segments of the society, he went on to say.