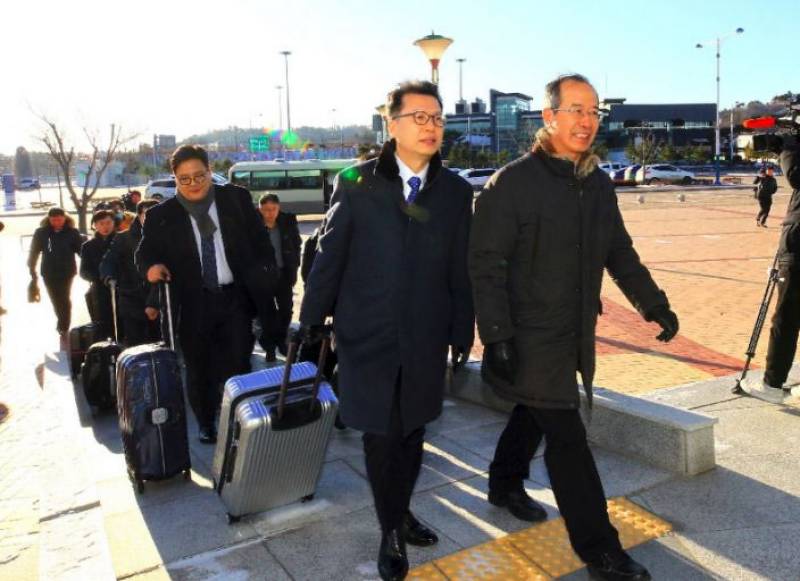 A South Korean delegation crossed into the North Tuesday to inspect venues for joint Olympic-linked events, even as controversy over the rapprochement mounted and Pyongyang condemned demonstrators who burned Kim Jong-Un's image as "traitors".

The two Koreas agreed earlier that the North's athletes would attend next month's Pyeongchang Winter Games in the South, form a joint women's ice hockey team and march together at the opening ceremony.

The two nations also agreed Southern skiers would train with their counterparts from the North at its Masikryong ski resort, and for a joint cultural event at the scenic Mt Kumgang north of the border.

There have since been a flurry of preparatory missions, and the group of 12 Seoul officials are expected to spend three days in the North.

It is the first visit to the North by Seoul officials for nearly two years, according to the South's Yonhap news agency.

"They are, indeed, human scum obsessed with pro-US sycophancy and confrontation with... fellow countrymen," said the statement, carried by the state news agency KCNA.