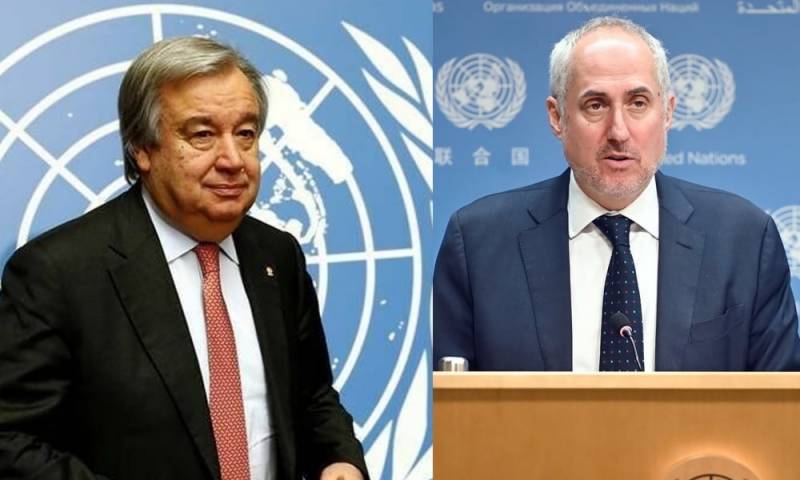 The United Nations (UN) chief is aware of the charges against former prime minister Imran Khan and has called for an independent and impartial legal process.

Stéphane Dujarric, the spokesperson for Secretary-General Antonio Guterres, during a press briefing was asked to comment on the recent situation in Pakistan.

"The Secretary‑General is aware of the charges brought against former Prime Minister Imran Khan, and he emphasises the need for a competent, independent and impartial legal process.

The Secretary‑General urges calm, lowering of tensions and respect for the rule of law, human rights and fundamental freedoms," the spokesperson said.

The first information report (FIR), was registered at Islamabad’s Margalla police station at 10pm on Saturday under the complaint of magistrate Ali Javed.

The FIR argued that Imran’s speech was meant to terrorize the top police officials and the judiciary so they could not perform their functions and abstain from pursuing any action against any PTI-related individual(s) if required to do so.