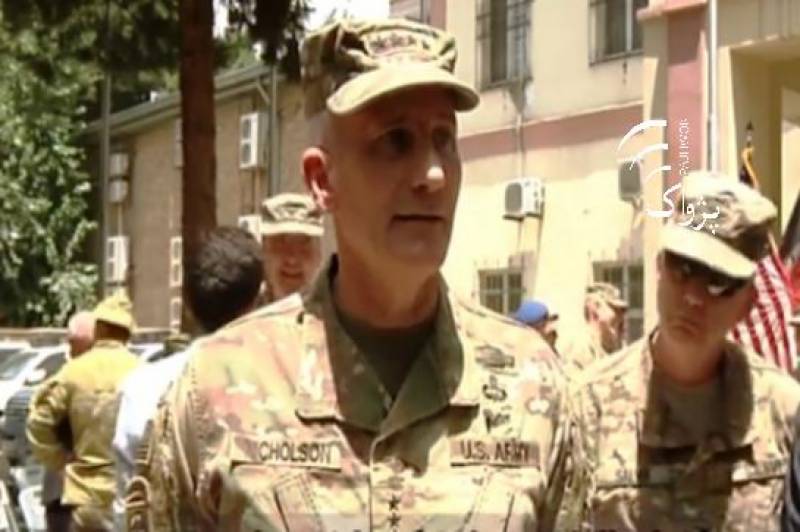 KABUL - US Commander in Afghanistan Gen. Nicholson has expressed concern over the cross border movement of terrorists and the treatment of their injured in the hospitals of Pakistan and said the Pentagon and US foreign affairs ministry could engage with Islamabad on the matter.

“After one year of the US strategy for Afghanistan and South Asia the Taliban could still move freely to Pakistan and treated their injured friends in the hospitals of neighbouring country,” Nicholson told reporter in Washington from Kabul through a video conference.

He said the US defence and foreign officials could discuss the matter with Pakistani officials in Islamabad.

Referring to the interection between President Ashraf Ghani and new Pakistan’s prime minister, the US general said Pakistan and Afghanistan improved their relation in some area and there was progress on military side as well.

Talking about the success of US South Asia strategy, Nicholson said as a result of the new strategy chances for peace talks still available.

“The strategy was announced one year back and during the first six months we heard two offers from the Taliban for peace one the Taliban open letter to the US and President Ghani peace offer later the announcement of ceasefire while the most important thing the launch of political settlement which came from talks.