US Secretary of State upped the heat against Pakistan
23 Aug, 2017 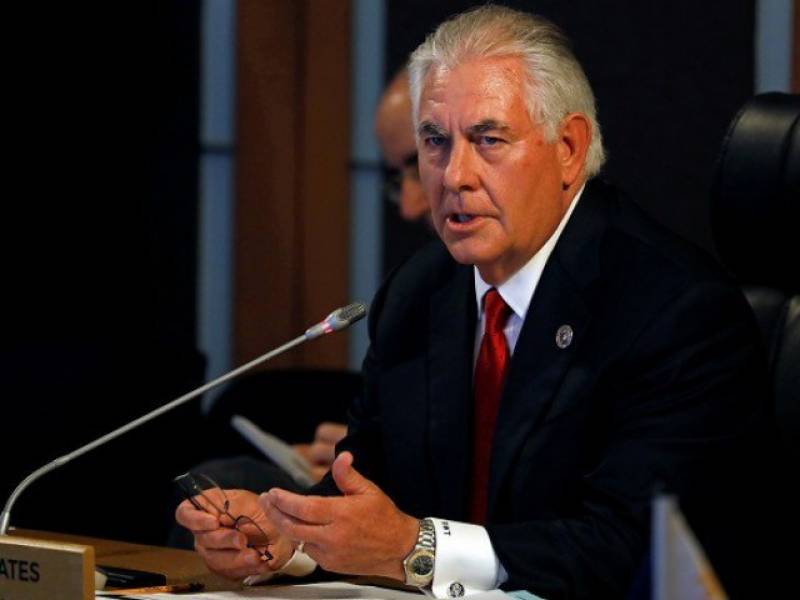 WASHINGTON: The United States warned an angry Pakistan on Tuesday that it could lose its status as a privileged military ally if it continues giving safe haven to Afghan militant groups.

One day after President Donald Trump unveiled a new strategy to force the Taliban to negotiate a political settlement with the Kabul government, his top diplomat upped the heat on Islamabad.

Trump had warned that Pakistan’s support for the Afghan Taliban and the Haqqani extremist network would have consequences, and Secretary of State Rex Tillerson has now spelled these out.

“We have some leverage,” Tillerson told reporters, as he fleshed out Trump’s speech, “in terms of aid, their status as a non-NATO alliance partner — all of that can be put on the table.”

As one of 16 “Non-NATO Major Allies,” Pakistan benefits from billions of dollars in aid and has access to some advanced US military technology banned from other countries. This year, the United States has already withheld $350 million in military funding over concerns Pakistan is not doing enough to fight terror, but the alliance itself was not in question.

Tillerson said Washington wants to work with Pakistan as it expands its own support for Kabul in the battle against the Taliban, but warned it to close militant safe havens.

Some of Pakistan’s critics in Washington have urged Trump to go further, by authorising US strikes against militants inside Pakistan or declaring Pakistan a “state sponsor of terror.” Officials have not yet brandished the designation threat, which could lead to severe sanctions and legal threats to Pakistani officials, but Tillerson did not rule out strikes.

The United States has hit targets within Pakistan before, most famously when Trump’s predecessor Barack Obama ordered US special forces to kill Al-Qaeda leader Osama Bin Laden. “The president has been clear that we are going to attack terrorists wherever they live,” Tillerson said.

And Tillerson added that, aside from the Afghans, Pakistan has more to gain “than any other nation” from an end to the fighting.

Both Tillerson and Trump also called on Pakistan’s long-standing rival and fellow nuclear power India to become more involved in Afghanistan, an idea that is anathema to Islamabad.