Princess Diana is once again front page news even after 20 years of her death
23 Aug, 2017 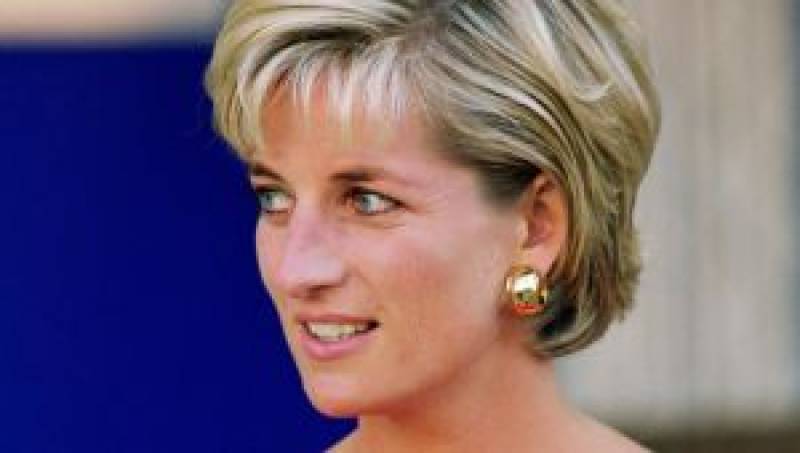 From TV documentaries and the private memories of her sons to a slew of new "revelations" and renewed theories about her death, Britain's Princess Diana is once again front page news 20 years after she died.

Diana was killed at age 36 on Aug. 31, 1997 along with her lover Dodi al-Fayed when a limousine carrying them crashed in a Paris tunnel as it sped away from paparazzi giving chase on motorbikes.

The first wife of heir-to-the-throne Prince Charles, Diana was the glittering princess at the center of a royal soap opera played out in the glare of the media, making her probably the most recognized woman around the world.

Her passing prompted the biggest public outpouring of grief seen in Britain in recent times, and few since have captivated the world like she did.

"There'll never be anyone else like Diana," said Ingrid Seward, editor-in-chief of Majesty magazine and author of "Diana: The Last Word".

Previous anniversaries of her death have gone by with little fanfare, suggesting that the "People's Princess", as she was dubbed by then-British Prime Minister Tony Blair, had perhaps lost some of her allure and relevance.

But, with her sons Prince William and Harry to the fore, the 20th anniversary has seen her dominate front pages of newspapers as she did in her prime as the world's most photographed woman.

"There was a period in the early 2000s where very little was heard of Diana," commented Ken Wharfe, her ex-royal protection officer. He said her two sons' desire to continue her work by supporting causes such as helping Aids sufferers, the homeless and combating landmines, had made her relevant again.

The princes have also been increasingly willing to speak about the trauma of her death and its lasting emotional impact.

In broadcasts aired over the last six months, William, 35, said the shock of losing his mother still lingered while Harry, 32, revealed he had sought counseling in his late 20s to help deal with the grief.

"She still is our mum," Harry said in an intimate TV documentary entitled "Diana, Our Mother: Her Life and Legacy". "Of course, as a son I would say this, she was the best mum in the world. She smothered us with love, that's for sure."

Ashley Gething, the documentary's director, told Reuters he was impressed with Diana's achievements. "What amazed me was what she'd actually done... All these enormous issues like championing the homeless, often in the face of criticism of politicians and editors of national newspapers."

Almost 10 million Britons tuned into that documentary, while another TV program "Diana In Her Own Words", aired earlier this month, was watched by 3.5 million Britons, giving broadcaster Channel 4 its highest viewing figures for a year.

That program featured videoed conversations, never shown before on British TV, of Diana speaking candidly with her speech therapist about her sex life with Prince Charles and her sorrow at the spectacular collapse of her marriage.

Similar shows have been aired or are planned in the United States, where many have been gripped by Diana's story, from her fairytale marriage to Charles in 1981 to their subsequent separation and bitter divorce. More than 33 million Americans tuned in to watch her funeral in September 1997.

The days after her death were some of the darkest in Queen Elizabeth's 65-year reign and some monarchists fear the attention lavished on Diana will rekindle resentment towards the House of Windsor.

Many Britons were angered at how Diana was ostracized by the royal family after her 1996 divorce from Charles, with Camilla Parker Bowles, Charles's lover who later became his wife, a particular focus of enmity.

With renewed focus on the popular Diana, an ICM poll for the Sun newspaper this month found that just 22 percent of respondents wanted Charles, 68, to be the next king while more than half wanted the next monarch to be his son William.

It also showed that 36 percent of the 2,000 people questioned felt Camilla, 70, should be Princess Consort and not queen. Only 27 percent backed her having the regal title.

"Anything retrospective can open old wounds and does open old wounds," Seward said, although she believed the impact would soon wane. "People forget quickly and I don't think it has any long lasting effect."

Instead she and other royal commentators say Diana's lasting impact was a royal family more in touch with the public.

"This program of bringing the royal family into the 21st century is being continued by her two sons who, for my part, are the future of the British monarchy," Wharfe said.