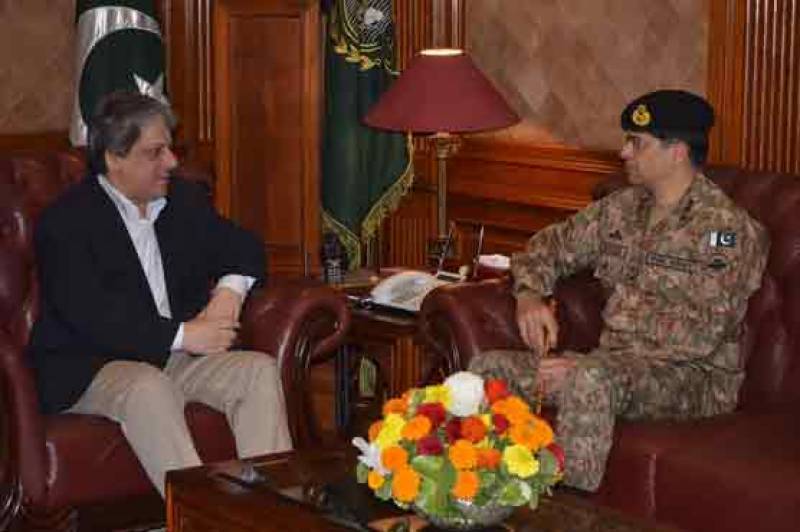 KARACHI: (APP) Corps Commander, Lt Gen Naveed Mukhtar on Tuesday held a meeting with the Governor Sindh, Dr Ishrat ul Ebad Khan at the Governor House here and discussed the overall situation in the province, targeted operation, and law and order, Security ahead of the Eid ul Azha was also discussed on the occasion, a Governor House statement said.

The peace in the metropolis would be maintained at every cost and Karachi Operation would continue till elimination of the last terrorist.

Governor Sindh said on the occasion that peace in Karachi means peace in the country. Stern action would be taken against those creating law and order, he added.

He said that action would be initiated against those taking law in their own hand and indulge in violence and vandalism.

The Governor said that Rangers and law enforcement agencies (LEAs) rendered immense sacrifices for the cause of law and order in the province and these would not be allowed to go in vain.

Every step would be taken for the protection of the people of the province, he added.