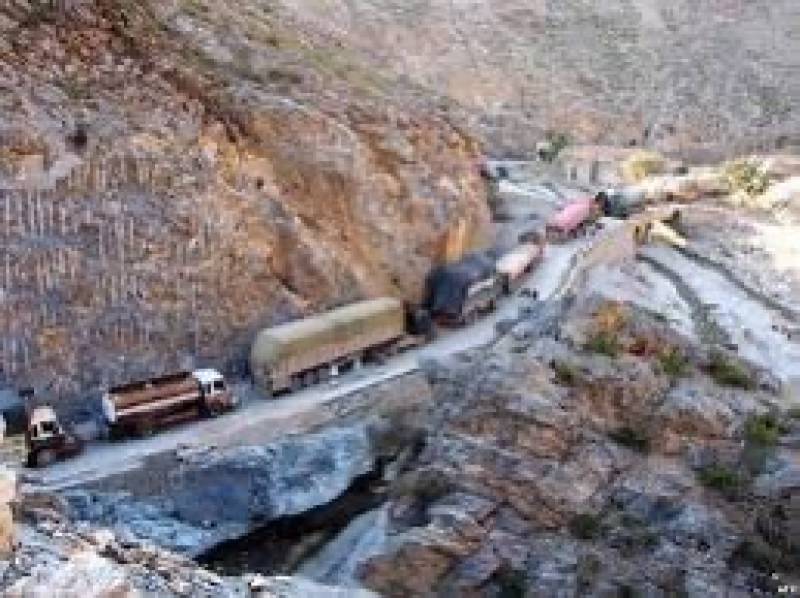 In the wake of last night’s tragic incident of cross border fire that resulted in the martyrdom of three Pakistani soldiers in general area Dewagar in North Waziristan district, the Pak-Afghan transit trade route has been closed for all kinds of trade and commuting activity.

The authorities on Saturday shut link the Ghulam Khan Gate for all kinds of traffic which includes trade and commute, as a result of last night’s cross border misadventure by the Afghan terrorists.

Long queues of haulers which transport vegetables, fruit and other vehicles running other commercial errands on both sides of the borders could be seen.

The Pak-Afghan trade organization demanded of the authorities to immediately open the gate. They feared that their merchandise which consists of perishable food items would be spoiled in the standing lorries.