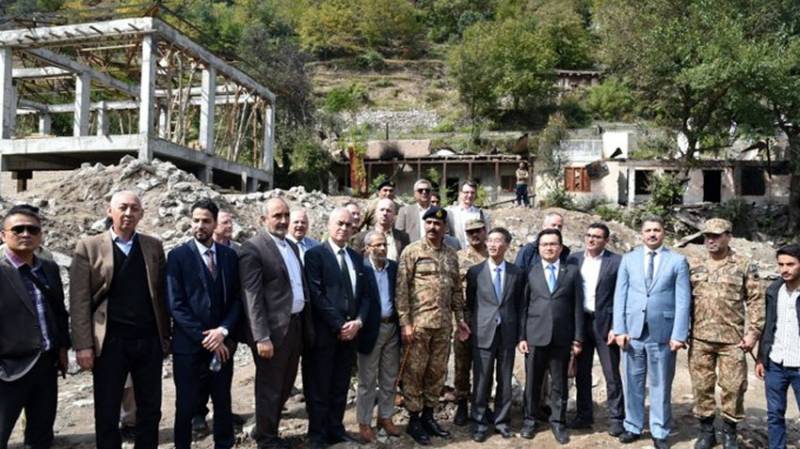 ISLAMABAD - The diplomatic corps visited the Jura sector along the line of control today to see the damage caused by the Indian unprovoked firing last Saturday night and Sunday.

The foreign diplomats and the media were shown the pieces of the shells fired by the Indian artillery. Indian forces are targeting the civilian population on the line of control with heavy artillery.

The diplomats and the media themselves reviewed the Indian violations.

The ambassadors and high commissioners of different countries also visited Jura market and interacted with the locals there.

DG ISPR Major General Asif Ghafoor briefed the diplomatic corps and the media about the Indian violations. He said the Indian forces are targeting innocent civilians on the line of control. He said the baseless claims of the Indian Army Chief stand exposed.

In a statement, the Foreign Office Spokesperson said the foreign diplomats observed the factual position on the ground.

He said the Indian lies have been exposed.

The Spokesperon said the diplomats were appreciative of the gesture of the visit.