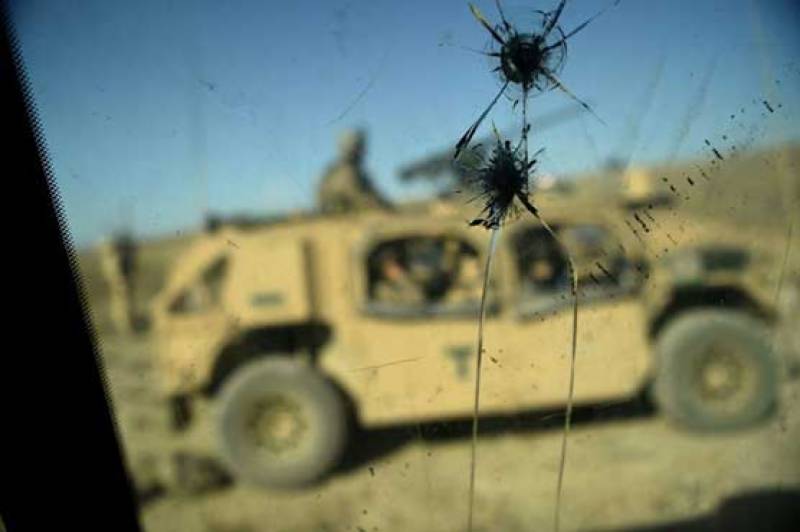 KABUL – A NATO soldier was killed and two others wounded in a Taliban-claimed attack in Afghanistan on Monday, days after a US general was wounded in a shooting on a high-level security meeting.

NATO s Resolute Support mission did not immediately release the nationalities of the three soldiers involved in the assault in the western province of Herat, but it is understood they are not American.

"Initial reports indicate the attack was committed by a member of the Afghan security forces," Resolute Support said in a statement.

The apparent so-called "green-on-blue" attack was the latest in a series of such incidents in which Afghan forces have turned their weapons on international troops with whom they are working.

It comes four days after a gunman wearing an Afghan security forces uniform opened fire on a gathering of security chiefs that included General Scott Miller -- the top US and NATO commander in Afghanistan -- in the southern city of Kandahar.

Resolute Support confirmed Monday that US Brigadier General Jeffrey Smiley was among 13 wounded in the Taliban-claimed shooting.

The Taliban said the attack had targeted Miller and Raziq, but US officials and Resolute Support said it was an "Afghan-on-Afghan incident" that had not targeted the American general.

Rumours on Afghan social media networks that Resolute Support carried out the attack on Raziq were dismissed by Chief Executive Abdullah Abdullah on Monday, who blamed "the enemies of the Afghan people and their regional supporters" for the gossip.

"Such rumours are justifying the enemies atrocities," Abdullah -- Afghanistan s equivalent of prime minister -- said in comments at a regular ministerial meeting that were broadcast on Afghan television. - APP/AFP