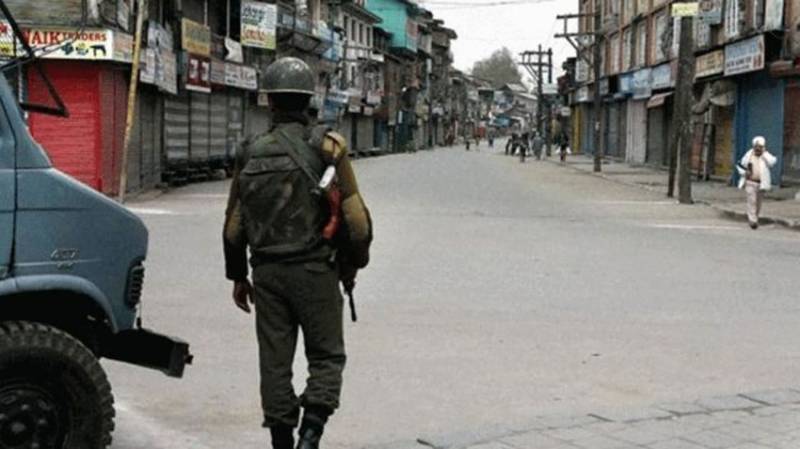 In Occupied Kashmir, complete shutdown is being observed on Thursday against the killing of Tehreek-e-Hurriyet leader, Mir Hafeezullah by Indian troops.

Chairman of Tehreek-e-Hurriyet, Mohammad Ashraf Sehrai visited the residence of Mir Hafeezullah in Achabal area of Islam district and described his killing as a heinous and cowardly act.

Addressing the people there, he said under a well-planned conspiracy, top religious and political leadership was targeted from time to time to deprive the Kashmiri people of their leadership. He, however, said these killings did not dampen the resolve of the resistance leadership which continued to carry forward the movement against all odds.