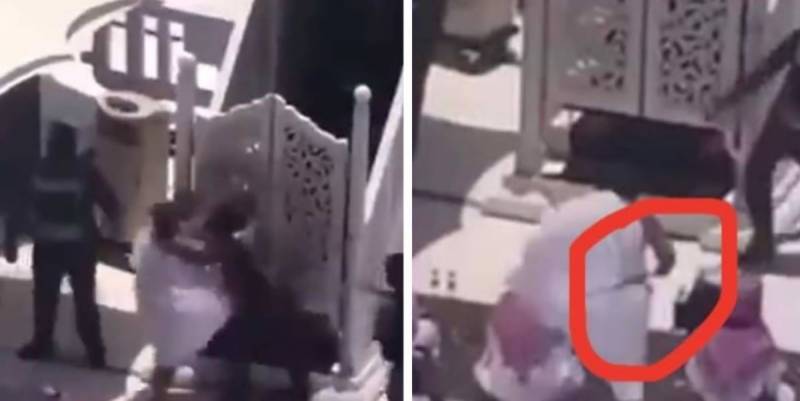 RIYADH – Public security officials Friday apprehended a man who attempted to attack Sheikh Baleelah who was delivering the sermon before Friday prayer at the Kaaba.

In the viral clip of the incident, on-duty guards can be seen nailing the man and handed him over to the personnel concerned. A spokesman for the police while speaking with Arab news told that the state law will take its course.

A statement issued by the official Twitter handle of Haramain Sharifain stated ‘An incident took place earlier today when a man in Ihram attempted to enter the minbar of Masjid Al Haram, Makkah while Sheikh Baleelah was delivering the Khutbah, the man was apprehended by Public Security Officials immediately and has been taken into custody’.

Reports suggest that the attacker, donning the ihram, was carrying a hand weapon while charging toward the pulpit from where the Imam was delivering his sermon.

This is not the first incident as a knife-wielding man chanting slogans of terror outfits was detained last month in the Grand Mosque.