Obama on trip to Japan: Apology or No Apology over Hiroshima
22 May, 2016 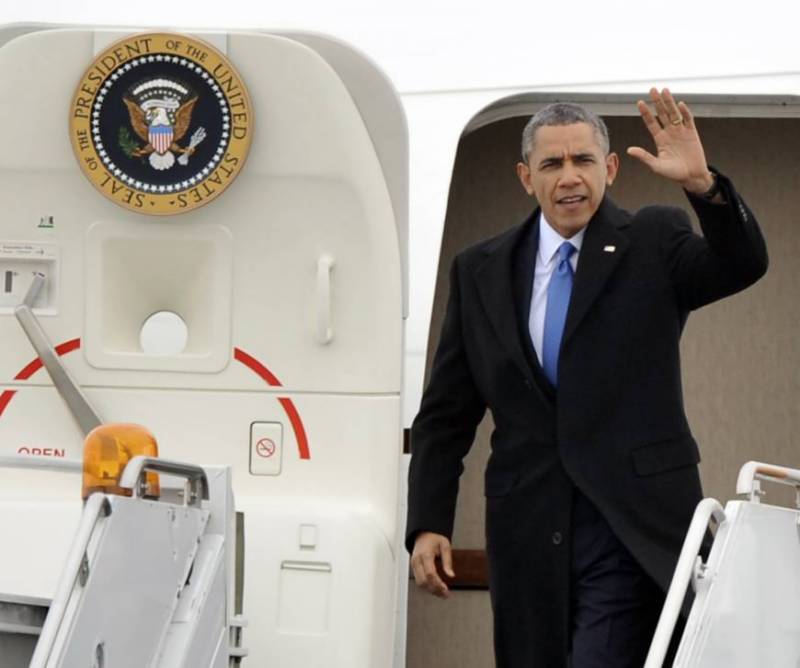 ANDREWS AIR FORCE BASE, United States, (APP): Obama on trip to Japan: Apology or No Apology over Hiroshima

Barack Obama departed Saturday on a trip to Vietnam and Japan that will include the first visit to Hiroshima, site of the world's first nuclear attack, by a sitting US president.

Obama left at 1:20 p.m. (1720 GMT) aboard Air Force One on the first leg of the trip, which ends with a refueling stop at Elmendrf Air Force Base in Anchorage, Alaska.

The president's tenth trip to Asia aims in part to close painful chapters on two 20th century wars in a region he sees as vital to America's future.

It begins in Hanoi, where Obama will stress improving relations with a dynamic and rapidly emerging country, but one which, for most Americans, remains a by-word for slaughter and folly.

A major talking point will be the lifting of a US arms embargo, a last vestige of a war that ended in 1975.

He will meet the president, prime minister, leader of the national assembly and the country's de facto leader Nguyen Phu Trong, the general secretary of the Communist Party.

Trong and Obama met last July, when the Vietnamese leader was given a prestigious Oval Office meeting.

Tense maritime disputes between Vietnam and its larger neighbor China are also likely to feature prominently in discussions.

Advocates of lifting the arms embargo argue it is vital to helping Vietnam improve coastal defenses and bolster it militarily against Beijing.

"Vietnam wants and needs to steadily pursue military modernization, and it values US military technology as a potential source of strategic leverage," said Murray Hiebert of the Center for Strategic and International Studies.

"Not only does Vietnam need to build an effective deterrent force in the face of China's aggressiveness ... it also prefers to gradually reduce its over-reliance on Russian-made systems."

But weighing against it are concerns about Communist-ruled Vietnam's human rights record.

US diplomats have pressed for the release of political prisoners as a sign that Hanoi can be trusted with advanced weaponry.

Obama is likely to address the issue of political freedoms when he delivers a speech in Hanoi, but he will also make the case for a trans-Pacific trade deal that faces an uncertain future.

In Japan, Obama will attend a G7 summit and make history by becoming the first sitting US president to visit Hiroshima, where in 1945 then-president Harry Truman dropped the world's first atomic bomb.

The trip to Hiroshima has inevitably stirred debate about whether Truman's epoch-making decision was just.

Many Americans believe that while it killed about 140,000 Japanese, bombing Hiroshima and then Nagasaki avoided an even bloodier ground invasion of Japan.

Victims of the bombings have called for an apology, which the White House says it is not willing to give.