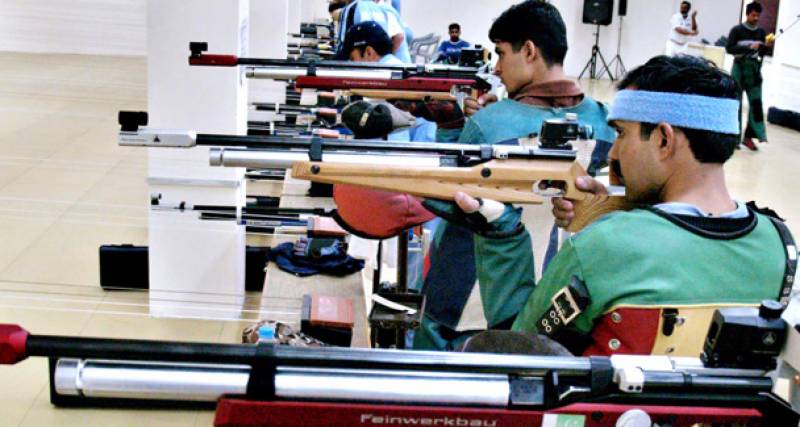 In his address, the chief guest appreciated the efforts of National Rifle Association of Pakistan for promoting this exhilarating sport at national and international levels.

He also emphasized the importance of this healthy sport which involves test of accuracy and speed using various types of guns.

It was pointed out that Pakistan Air Force is hosting the championship this time, which will culminate on May 28.

A total of 250 shooters from nine teams from all over Pakistan are participating in the Championship including Punjab, Sindh, Balochistan, Khyber Pakhtunkhwa, Federal Rifle Association, HEC, and Tri Services.

Competitions will be held on four different range categories of 50 meter, 25 meter, 10 meter and Shotgun Range.

The Championship will be conducted as per international standards in different gun categories of Rifles, Pistols and Shotguns.

Men, Women and Young shooters from all over Pakistan will be competing for honours in 22 different Individual and team events.