US President hits out at India over response against Russian invasion of Ukraine
22 Mar, 2022 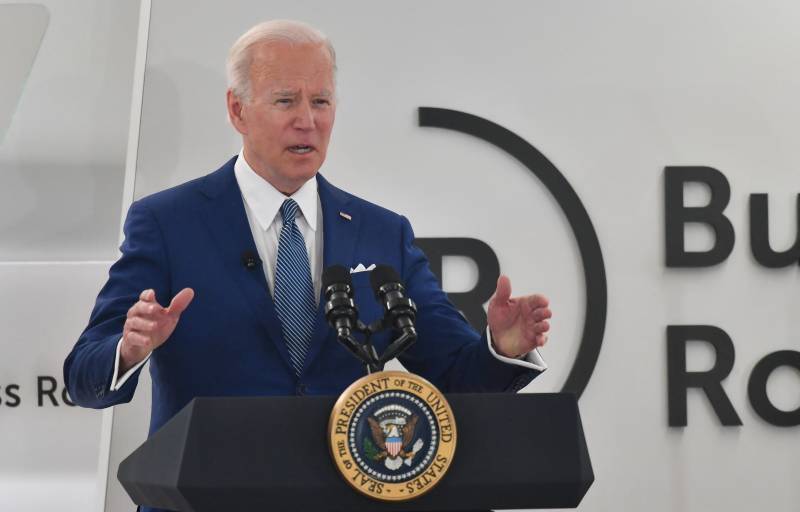 US link President Joe Biden link said Monday that India link was an exception among Washington's allies with its "shaky" response to the Russian invasion of Ukraine.

Biden link lauded the US-led alliance, including NATO, the European Union and key Asian partners, for its united front against President Vladimir Putin.

However, unlike fellow members of the Quad group -- Australia, Japan and the United States -- India link continues to purchase Russian oil and has refused to join votes condemning Moscow at the United Nations.

Addressing a meeting of US link business leaders in Washington, Biden link said there had been "a united front throughout NATO and in the Pacific."

"The Quad is, with the possible exception of India link being somewhat shaky link on some of this, but Japan has been extremely strong -- so has Australia -- in terms of dealing with Putin's aggression."

Biden link said that Putin was "counting on being able to split NATO" and instead, "NATO has never been stronger, more united, in its entire history than it is today."

Indian oil refiners have reportedly continued to purchase discounted Russian oil, even as the West seeks to isolate Moscow.

An Indian government official said last week that the world's third-biggest consumer of crude relies on imports for almost 85 percent of its needs, with Russia link supplying a "marginal" less than one percent of this.

But "the jump in oil prices after the Ukraine conflict has now added to our challenges... India link has to keep focusing on competitive energy sources," the official added.

New Delhi, which historically has had close ties with Moscow, called for an end to the violence in Ukraine but has stopped short of condemning Russia link invasion, abstaining in three votes at the United Nations.

Biden link said that it’s "clear" Russia link is considering the use of chemical and biological weapons in Ukraine and warned of a "severe" Western response if it chose to do so. "His back is against the wall," said Biden link of Russian President Vladimir Putin, noting that Russia link has recently accused the United States of holding chemical and biological weapons in Europe.

"Simply not true. I guarantee you," he told a gathering of US link business leaders in Washington. "They are also suggesting that Ukraine has biological and chemical weapons in Ukraine. That's a clear sign he's considering using both of those," he said.

His warning echoed statements made by his administration earlier this month as well as other Western nations, after Russian officials accused Ukraine of seeking to hide an alleged US-backed chemical weapons program.

"Now that Russia link has made these false claims... we should all be on the lookout for Russia link to possibly use chemical or biological weapons in Ukraine, or to create a false flag operation using them," tweeted White House Press Secretary Jen Psaki.

Biden link on Monday also reiterated that such an action would prompt a "severe" but so far undefined response from Western allies.

Putin "knows there'll be severe consequences because of the united NATO front," he said, without specifying what actions the alliance would take.

At the same event, Biden link noted that he had warned Putin of a US link response if Russia link launched cyber attacks against US link critical infrastructure.

"We had a long conversation about if he uses it, what will be the consequence," said Biden link, referring to a summit with the Russian leader last year in Geneva.

Earlier in the day, Biden link issued a statement warning the US link business community of intelligence pointing to a growing Russian cyber threat and urging companies to "immediately" prepare defenses.

"If you have not already done so, I urge our private sector partners to harden your cyber defenses immediately," he said, citing "evolving intelligence that the Russian government is exploring options for potential cyberattacks" including in response to Western sanctions over Moscow's invasion of Ukraine. APP/AFP