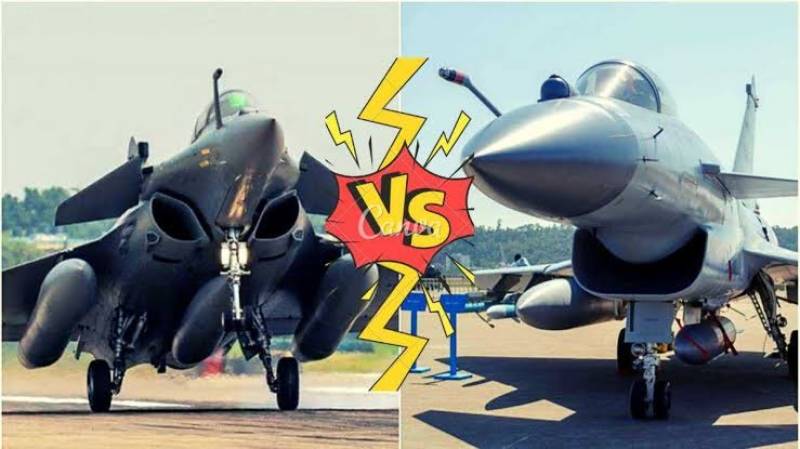 inducted the Chinese J-10C fighter jets earlier this month. China delivered the jets in just eight months rather than the years that defense manufacturers usually take to deliver fighter jets such as the J-10C.

The J-10C fighter aircraft has been developed by the Chengdu Aircraft Corporation (CAC). The J-10C fighter jet is a single-engine, tail-less, canard delta wing, multi-role, combat aircraft capable of all-weather operations. It is primarily designed for air-to-air combat, but it can also perform strike missions.

Pakistan has inducted the J-10C fighter jets from its all-weather ally in order to address the military imbalance in the region that resulted from the Indian acquisition of French-made Rafale fighter jets.

Defense experts have claimed that the J-10C is more powerful than the Rafale because it can carry more advanced fourth-generation missiles despite being lighter in weight due to the composite materials used in its manufacturing.

Let’s have a look at the detailed comparison of the two jets. Basic Description

Both J-10C and Rafale have identical attributes. The only difference is in the engine as the former is powered by a single-engine while the latter is fueled by a twin engine. *Attributes* *J-10C* *Rafale* Weight Medium-weight Medium-weight Engine Single-engine Twin-engine Generation 4.5thgeneration 4.5thgeneration Role Multi-role Multi-role General Characteristics