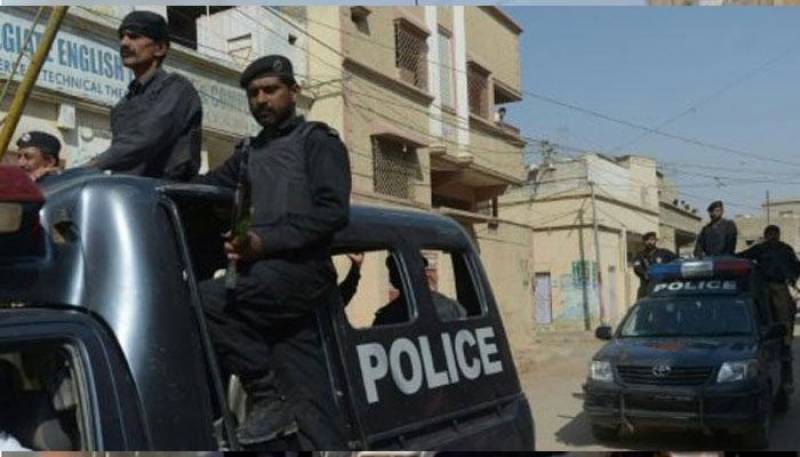 Three terrors allegedly belonging to a hostile Indian spy agency and the pro-Altaf Hussain Muttahida Qaumi Movement-London were remanded in police custody for a week in cases pertaining to possession of illicit weapons and explosives, reported *The News link* .

Karachi police on Thursday claimed to have foiled a major potential terrorism plot as they busted a local network of India’s Research & Analysis Wing (RAW) operated by militants affiliated with the MQM-London.

The city police chief said there had been reports about RAW’s involvement in terrorism in Karachi, about the MQM-London running the intelligence agency’s local network and about the likelihood of them carrying out a major terrorist activity in the metropolis at any time.

“We found during our investigations that the MQM-London terrorist who received militancy training in India is the ringleader of the RAW network in Karachi,” Additional Inspector General of Police (Addl IGP) Ghulam Nabi Memon said while addressing a news conference at the Karachi Police Office in Saddar.

“The ringleader had been involved in terrorism here with his MQM-London colleagues on RAW’s instructions.

He had been in touch with former APMSO [All Pakistan Muttahida Students Organisation] chairman Mehmood Siddiqui, who has been in India for the past many years on RAW’s payroll, and used to despatch funds through hawala-hundi for carrying out terror activities in Karachi,” he said.

The group had also been keeping in touch with the MQM-London’s notorious terrorist Safdar Baqri in Canada, he added.

The Addl IGP said the group had been tasked by RAW to provide funds to different terrorist groups in Karachi for carrying out terror activities, to store bombs and other weapons and supply them to different terrorists, to gather information about the city’s sensitive installations, including those of security and intelligence agencies, and share it with the intelligence agency as well as provide updates on the political situation in the metropolis.