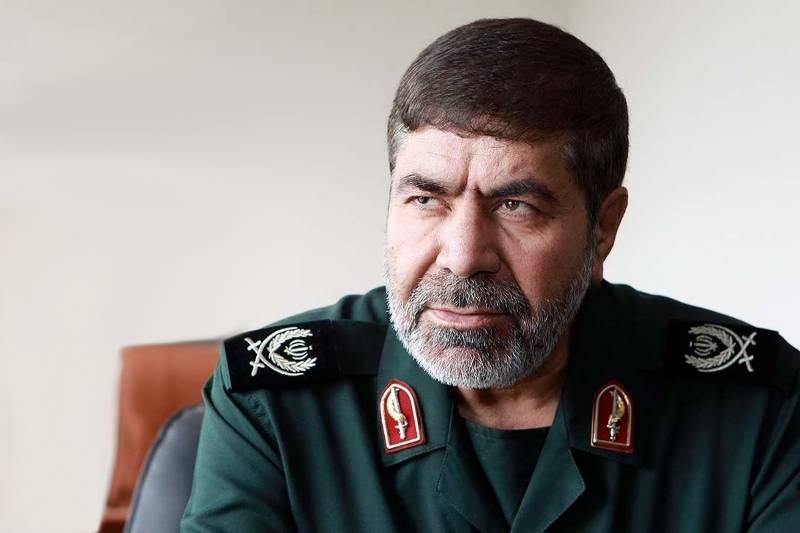 He told IRNA that it was the Pakistani government that negotiated with the terrorist groups on release of abducted Iranian border guards, stressing that Iran was not involved in the talks.

He underlined that the IRGC Ground Force and the Armed Forces General Staff Command have made special efforts through Pakistani Army for release of the abducted border guards.

'The Iranian intelligence and security bodies as well as Iran's diplomats followed the issue through Pakistan's intelligence organizations and foreign ministry,' the IRGC spokesman added.

General Sharif underlined that terrorists had illogical and unrealistic demands, but when we were getting close to their hideouts, we had to make coordinations to secure the release of first one border guard and then four others.

He noted that the efforts are still underway for releasing two remaining border guards who are still in custody.

'The IRGC has sent an airplane to Pakistan to bring back the four border guards who have just been released by Pakistan from the custody of terrorists,' the IRGC spokesman added.

According to a Pakistani military statement on Thursday, Pakistan has handed over four other Iranian border guards who were kidnapped by terrorists to Iranian authorities.

According to statement of Pakistan army’s media wing Inter-Services Public Relations (ISPR), the forces conducted successful operation at Amori in district Chaghai, Balochistan about 3-4 kilometers from Pak-Afghan border and recovered the abducted Iranian soldiers from captivity of terrorists.

“Terrorists of proscribed organization were reported to have entered Pakistan from Afghanistan side along with abducted Iranian soldiers,” it said.

The statement added that after exchange of fire four Iranian soldiers recovered from a transitioning hideout. “Iranian soldiers being handed over to Iranian authorities,” it said.

Jaish al-Adl, a terrorist group operating in the region, had claimed responsibility for the kidnapping.

However, five of the guards were then freed on November 15.