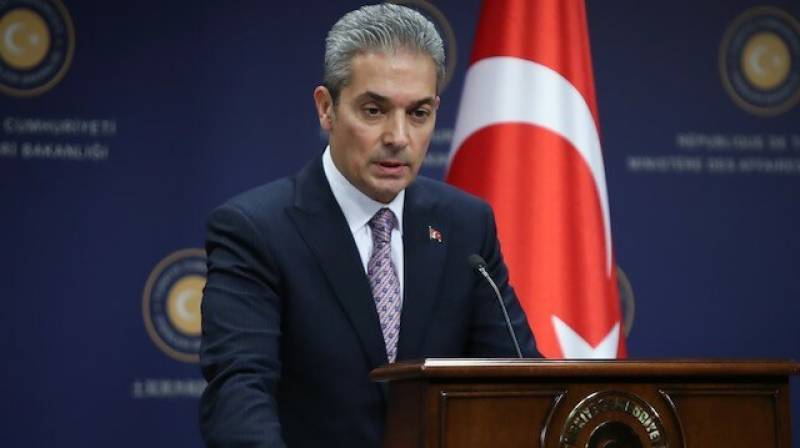 Foreign Ministry spokesman Hami Aksoy said in a statement that it was “shameful” that the USCIRF criticized Turkey’s fight against terrorism and became an “instrument” in the propaganda of the PKK terror group.

Aksoy accused the US Commission on International Religious Freedom of ignoring the oppression perpetrated by the PKK in Iraq and YPG/PKK in Syria against the region’s people, including Kurds who did not embrace its separatist policy and terrorist methods.

In the statement, he said thousands of Yazidis were unable to return to their homes in Sinjar, northwestern Iran because of the PKK that lodged itself in the region under the pretext of fighting the Daesh/ISIS terror group.

Underlining that so-called human rights defenders have so far ignored these facts, it said Turkey did not accept the US Commission on Interna-tional Religious Freedom’s claims that have distorted the truth.

The US Commission on International Religious Freedom (USCIRF) last Friday alleged that Turkey targeted fragile areas in northern Iraq particularly threatening to Yazidi families attempting to return to their homes in the town of Sinjar.

Turkey’s Operations Claw-Eagle and Claw-Tiger were launched earlier last week to ensure the safety of the Turkish people and borders by neutralizing the threat of the PKK and other terrorist groups.

In its more than 30-year terror campaign against Turkey, the PKK — listed as a terrorist organization by Turkey, the US and the EU — has been responsible for the deaths of nearly 40,000 people.