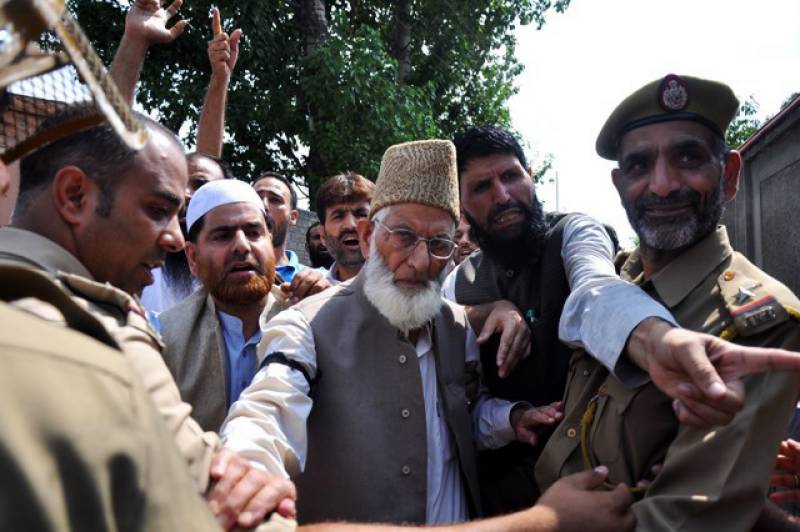 Meanwhile, the occupation authorities disallowed the Chairman of All Parties Hurriyat Conference, Syed Ali Gilani, to attend a book fair at the Kashmir University in Srinagar, today.

Syed Ali Gilani has been under continued house detention since 2010.

A report released by the Research Section of KMS revealed that the unabated Indian state terrorism during the last thirty years had forced over thirty five thousand Kashmiris to live outside the territory as refugees.

The report said that a large number of the Kashmiri refugees lived in the refugee camps in Azad Jammu and Kashmir while many of them lived in Pakistan and in the European countries.

The report pointed out that due to the Indian atrocities against the struggling Kashmiris since 1947, over two million people had taken refuge in Azad Jammu and Kashmir, Pakistan and in the UK.

Meanwhile, Tehreek-e-Wahdat-e-Islami at a meeting presided over by its Chairman, Nisar Hussain Rathar, in Srinagar urged the UN to constitute a commission to investigate the massive human rights violations committed by Indian troops in occupied Kashmir.

It also denounced the occupation authorities for preventing the APHC Chairman, Syed Ali Gilani, from attending the book fair at the Kashmir University.