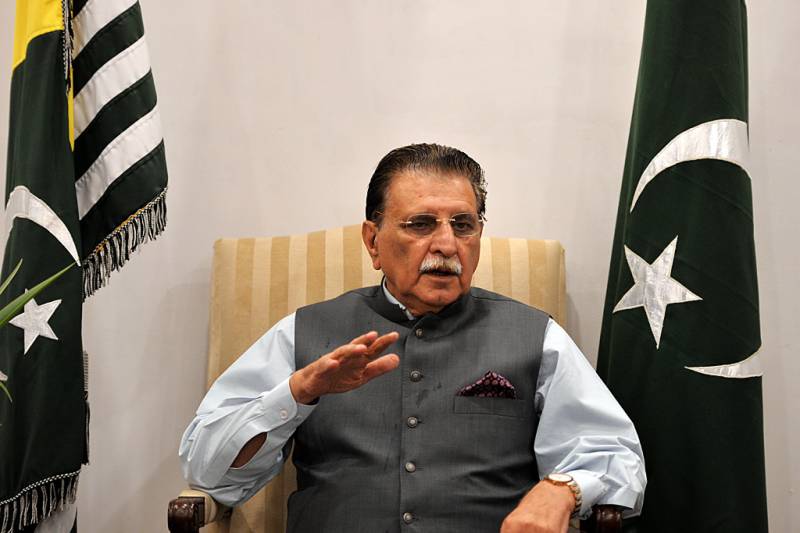 AJK Prime Minister Raja Farooq Haider Khan has appealed to overseas Pakistanis and Kashmiris to invest their capital in Azad Jammu and Kashmir and avail government special incentives in this regard.

He was talking to President Pakistan Society of North Texas Abid Malik who called on him in Muzaffarabad today.

He said Overseas Kashmiris are our asset who have been contributing handsomely in the growth and development of the state.

He said to facilitate overseas Kashmiris, the government set up an Overseas Commission to resolve their problems.

He said that AJK government is trying to exploit the enormous potential of tourism and hydropower generation in the State.

He said the government has constituted Tourism Force and issuing smart cards to tourists to promote tourism in the state.

AJK premier said we have to tell the world that Kashmiris are struggling for their internationally recognized right to self-determination. They have been demanding for their right in accordance with the UN resolutions while India is trying to defame their indigenous struggle.

He said we need to counter Indian propaganda on Kashmir at international forums.