Why Saudi women will still keep their driving licence a secret?
22 Jun, 2018 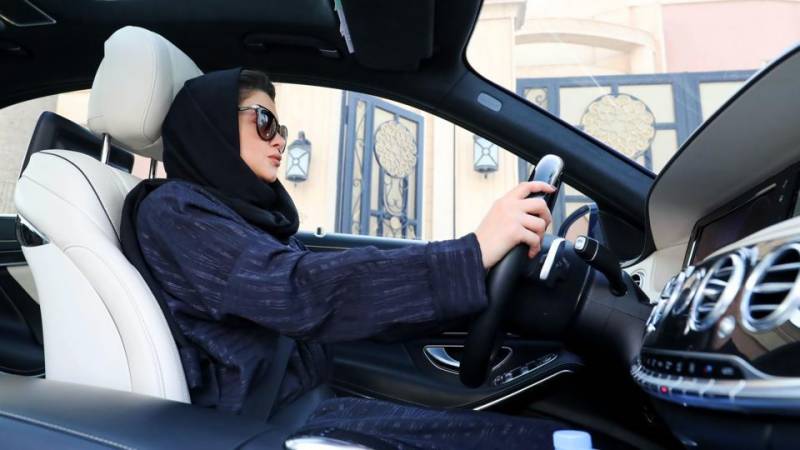 RIYADH - Saudi Arabia’s monarch may have opened the door for Saudi women like Shahd to start driving, but she still needs to sneak out of the house to take lessons.

The 26-year-old business student knows she’s in for a battle to convince her parents because in their community, some would find it shameful to see a woman behind the wheel. Once she gets a licence, she’ll stow it in a drawer until she musters up the courage to ask, Bloomberg has reported.

“I’ll have to be accommodating to the whole society,” Shahd said in a café in her hometown of Buraidah in central Saudi Arabia, where it’s rare to see a woman’s face exposed in public. “I don’t think it’s right to force something upon them.”

Even as the kingdom ends the legal ban on Sunday, Shahd’s conundrum shows how daunting it will be for many Saudi women to suddenly transcend ingrained traditions that have limited their freedom during decades of state-imposed patriarchy. Guardianship laws bar them from traveling or getting married without approval of a male relative, usually a father or husband but occasionally even a son.

Change has come abruptly since Crown Prince Mohammed bin Salman charted out plans to wean Saudi Arabia off oil two years ago, which will be tough to do if half its population is disempowered. Yet at the same time as expanding women’s rights and social freedoms, he’s jailed women who campaigned to drive for years and come down hard on opponents to his reform agenda.

Saudi families are torn between embracing or resisting changes that clerics and government officials had spent years portraying as sinful. Some are concerned that their rulers are pandering to the West in a way that violates their traditions and religion.

“Our problem now is shame and customs, not Islamic law”

“In itself, the fact of women driving is likely to become normalized relatively quickly,” said Graham Griffiths, a senior analyst at global risk consultancy Control Risks in Dubai. “However, as part of a broader revolution in gender roles in Saudi society, this will have longer-term implications for society, which could still cause considerable social upheaval by creating deep divisions.”

Prince Mohammed has opened cinemas, loosened gender segregation, curbed the powers of the religious police and allowed music to be played in public, overturning longstanding restrictions rooted in a rigid interpretation of Islam.