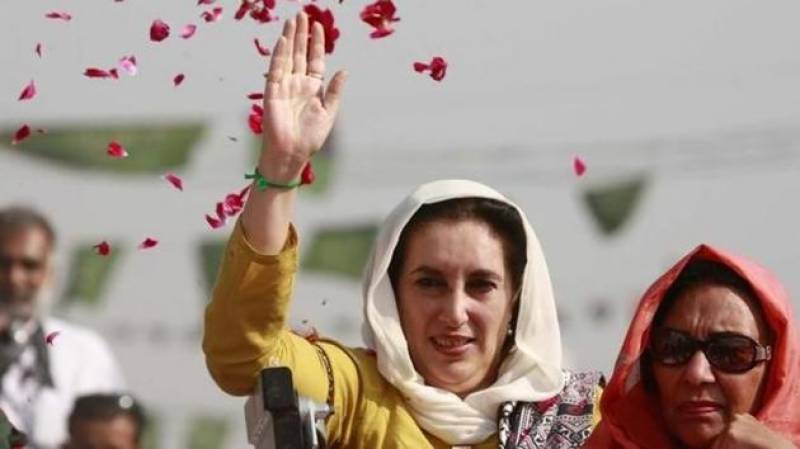 LONDON - Instagram posts, national excitement and well-wishing from political rivals: Jacinda Ardern’s journey to motherhood was very different to that made three decades earlier by Pakistani Prime Minister Benazir Bhutto, the only other world leader to have given birth while in office.

New Zealand’s youngest-ever prime minister announced her pregnancy in January, posting a symbolic photo on social media and sparking warm words from across the political spectrum.

“I’ll be prime minister and a mum,” she said on Facebook, adding that her partner Clarke Gayford, who hosts a television fishing show, would be a “stay-at-home dad”.

“I think it’s fair to say that this will be a wee one that a village will raise, but we couldn’t be more excited,” she added.

The intervening months have seen a frenzy of excitement from New Zealanders, many of whom took to the web on Thursday to express their happiness.

Twitter user @zaichishka, who describes herself as a Welsh-Kiwi, wrote: “4.693 million New Zealanders (give or take) just became aunts and uncles.”

It was all a far cry from 1990, when Bhutto, the first woman to head a democratic government in a Muslim-majority nation, told almost no-one she was pregnant until Bakhtawar was born on January 25.

“None of us in the cabinet virtually knew that this prime minister was about to deliver a baby,” Javed Jabbar, a member of her cabinet, told the BBC recently.

“And then lo-and-behold suddenly we learn that she has not only gone and delivered democracy she’s also delivered a baby.”

Opposition leader Syeda Abida Hussain had called Bhutto “greedy” for wanting to have “motherhood, domesticity, glamour, and whole responsibility” rather than make sacrifices for her country.

News that Ardern was expecting prompted then New Zealand opposition leader Bill English to send his congratulations and hope that she was given “the space to be able to conduct relatively normal family life”.

He said Ardern should be allowed to acclimatise to motherhood and not be held to higher standards because she was prime minister.

“It is an incredible privilege to be a parent. A new child will bring real joy to their lives. We wish them all the best,” he said.

Ardern will be taking six weeks maternity leave before returning to office, with her deputy Winston Peters assuming the reins, although she will remain on call for any matters of significance.

In contrast, Bhutto, fearing she was in danger of being overthrown, travelled incognito to a Karachi hospital, underwent a Caesarean section, then returned to work.

“Only later did I learn that I was the only head of government in recorded history actually to give birth while in office.

“It was a defining moment, especially for young women, proving that a woman could work and have a baby in the highest and most challenging leadership positions.”

Bhutto, however, was dismissed from office eight months later. She returned as prime minister from 1993 to 1996 and was assassinated in 2007.

Had she lived, Thursday would have been her birthday.

“That a woman can be the prime minister of New Zealand and choose to have a family while in office says a lot about the kind of country we are and that we can be -- modern, progressive, inclusive, and equal,” Shaw said.