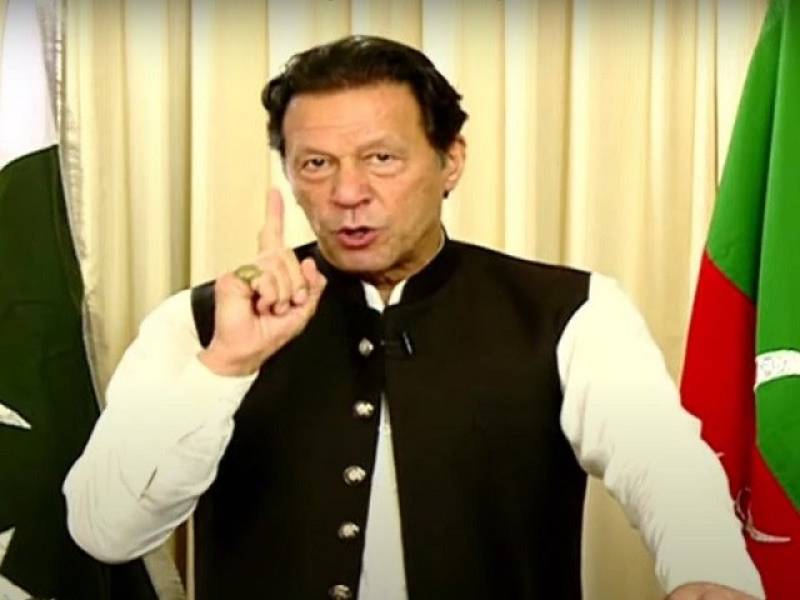 Pakistan Tehreek-e-Insaf (PTI) Chairman Imran Khan has warned the 'state institutions' that the public will not be "in control" if the election for Punjab chief minister is manipulated.

"Don't think for one moment that the people will sit idle in case of manipulation of the polls," he said while addressing his supporters via video link on Thursday.

"I want to make it clear that the PTI will not tolerate theft of the public's vote with their own money," he added.

The former prime minister accused his rival political parties of using money to buy loyalties ahead of the crucial poll.

According to him, attempts are also being made to intimidate PTI's lawmakers to keep them away from the election.

He went on to say that every tactic is used to make sure that the PTI is defeated in the Punjab by-polls.