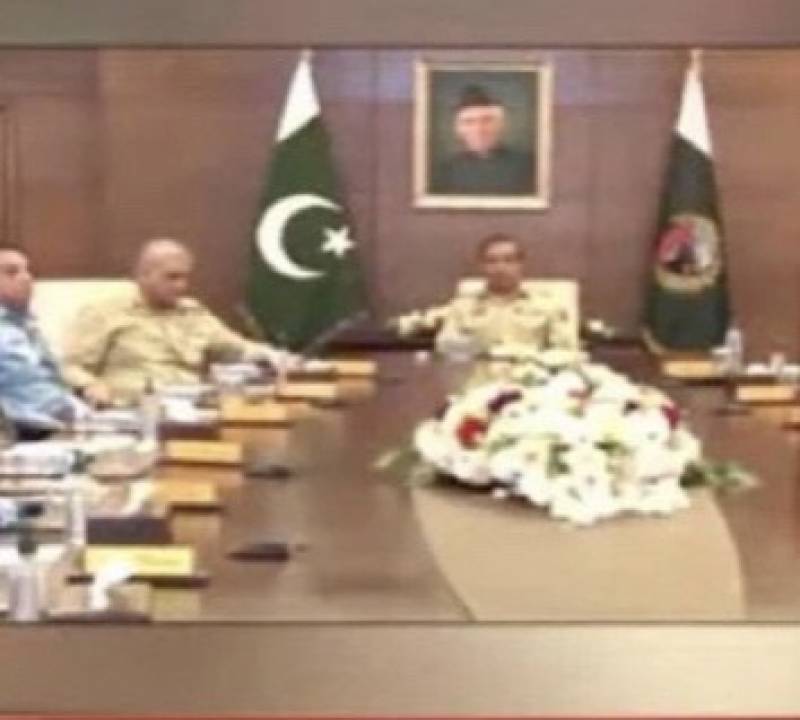 *RAWALPINDI: Pakistan Army leadership has reaffirmed the resolve to respond to the entire spectrum of threats in the most befitting manner in line with a comprehensive security strategy, the military’s media wing said on Friday.*

According to Inter-Services Public Relations (ISPR), a meeting of the Chairman Joint Chiefs of Staff Committee (CJCSC) and all Service Chiefs was held at the Joint Staff Headquarters (JSHQ) to discuss defence and security environment.

The military’s media wing added that the forum was given a detailed briefing on a review of national security situation specific to western border, Khyber-Pakhtunkhwa, and Balochistan.

The forum also discussed fast-paced developments in the realm of strategic and conventional policies, the importance of peace in Afghanistan for sustainable development in the region and the operational preparedness of the armed forces.

The participants also reaffirmed the resolve of the armed forces to respond to the entire spectrum of threats in the most befitting manner in line with a comprehensive security strategy. They also lauded the sacrifices of security agencies in the fight against terrorism.