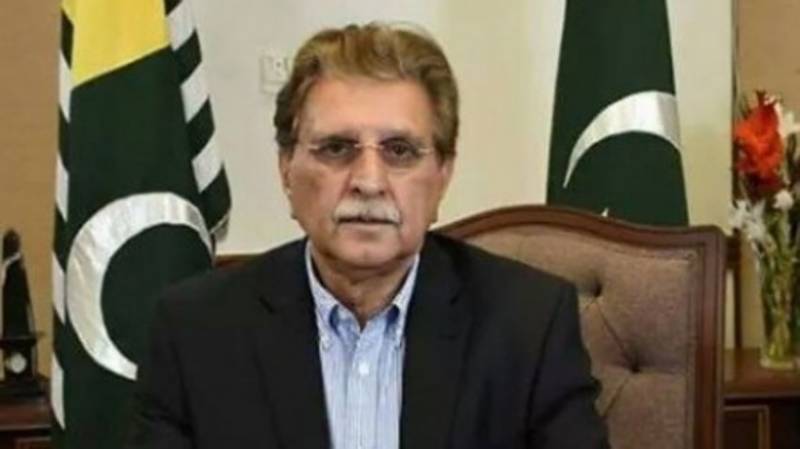 Paying rich tribute to Havaldar Manzoor Abbasi who was martyred at LoC, he said that Pak Army is rendering matchless sacrifices to safeguard our motherland and its people.

Raja Farooq Haider appealed international community to use its influence and stop India from targeting civilian population at LoC.

He said world nations and particularly European countries must shoulder their responsibilities in this regard.

AJK Prime Minister further said that Indian atrocities are increasing day by day in the Occupied Kashmir. Extra judicial killings of the youth become a routine at the hands of Indian troops. Children from six months to the eighty years woman are not safe from Indian aggression in a state terrorism.