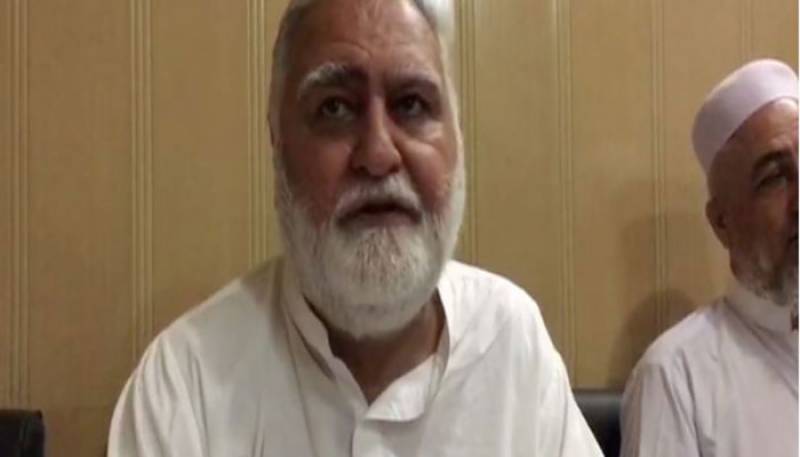 BANNU: Jamiat Ulema-e-Islam-Fazl's (JUI-F) candidate Akram Khan Durrani's vehicle was fired at on Sunday, according to the police.

Durrani was en route to an election meeting in Basia Khel when shots were fired at his vehicle. Police said the suspects escaped after the attack, adding that no one was injured in the incident.

The JUI-F leader's convoy was also attacked on July 13 in Bannu while he was en route to an election meeting, resulting in the death of four people.

Speaking to reporters after the attack, Durrani had said the blast took place near the tire of his jeep when he was passing through Haved Bazaar after addressing an election rally.

Following the blast, Durrani arrived at the hospital to tend to his supporters.

“The police and institutions had told me about the security threats,” he told.

"I remained safe but four of my allies have been martyred," he remarked.

Durrani has served as the federal minister for housing and works in the last federal government and is also a former chief minister of Khyber Pakhtunkhwa.

A spate of terrorist attacks has taken place in the current month. On July 10, a bomb targeted a rally by the Awami National Party (ANP) in Peshawar, martyring local party leader Haroon Bilour along with 21 others.

An attack on a Jamiat Ulema-e-Islam-Fazl (JUI-F) convoy in Bannu on July 13 followed the tragic Peshawar incident. The Bannu incident claimed lives of at least four people, while 10 others were injured in the explosion.

Later the same day, in what was one of the deadliest terrorist attacks in the country's history, Balochistan Awami Party (BAP) candidate Nawab Siraj Raisani along with 131 others was martyred when a suicide bomber blew himself up during an election rally in Mastung's Darengarh area.

A week after the Mastung blast, on July 16, ANP leader Daud Khan Achakzai was injured after unknown persons opened fire on the guest house of the party's candidate Zmrak Khan Achakzai in Chaman.