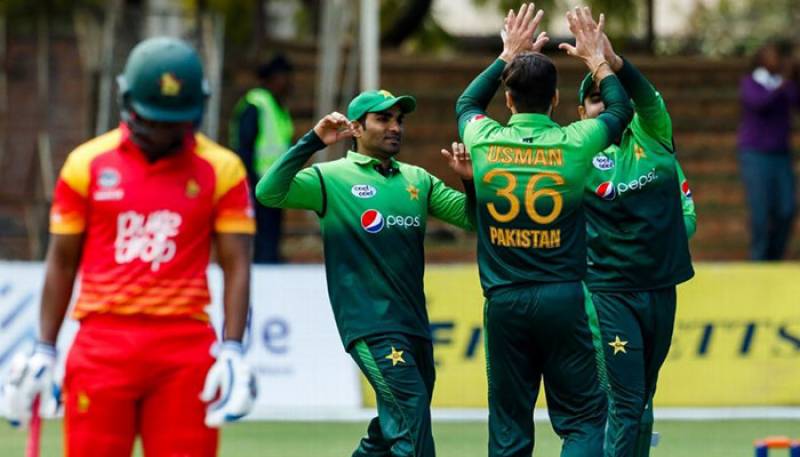 BULAWAYO: Pakistan will be looking to end their current tour on a winning note when they take on Zimbabwe in the fifth and final one day international (ODI) today.

The Green Shirts have already won the series and currently lead the five-match ODI series 4-0.

Pakistan's Fakhar Zaman and Imam-ul-Haq's opening partnership of 304 helped Pakistan secure a record-breaking 244 runs victory against Zimbabwe in the fourth ODI on Friday.

Zaman and Haq's opening partnership was the highest in ODI history, beating 286 between Sri Lanka's Jayasuriya and Tharanga against England in Leeds in 2006.

This win was Pakistan's second-biggest ODI win behind the 255-run win over Ireland in 2015.