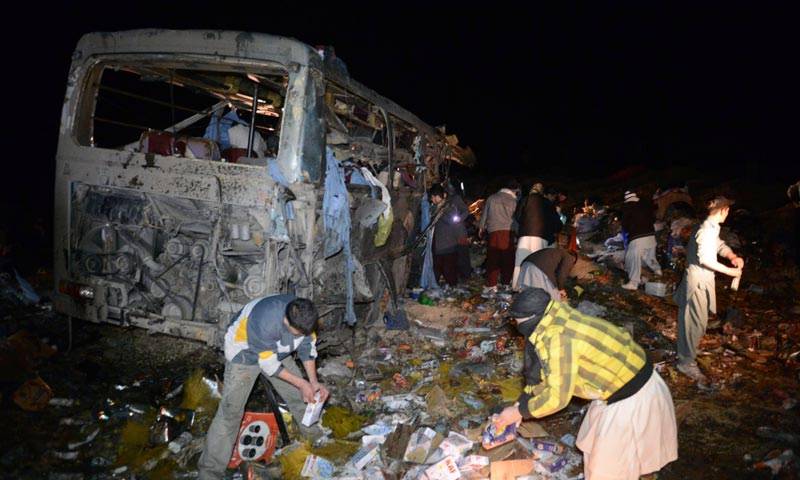 ISLAMABAD - The man who blew himself up at a Mastung election rally on July 13 and killed nearly 150 people, including Balochistan Awami Party candidate Siraj Raisani, was a student at a seminary in Karachi before being shifted to Afghanistan along with his family, where he got militancy training, it emerged The alleged suicide bomber has been identified by authorities as Hafeez Abbasi, a young man in his early 20s.

Sources in the Sindh police’s Counter-Terrorism Department said that their counterparts in Balochistan had shared with them a preliminary report of the suicide explosion and they carried out further work here.

Law enforcers believe IS is flourishing in Pak-Afghan border area The CTD-Quetta had provided fingerprints of an unclaimed body to the CTD-Sindh to match it with the record of the National Database and Registration Authority. It transpired that the alleged suicide bomber was a resident of Gharibabad Mohalla in Dhabeji, Thatta.

A special CTD team was immediately sent there on July 17 and to their utter surprise, his father, Mohammed Nawaz, without any hesitation told them that his son Hafeez had been shifted to Afghanistan’s Spin Boldak area.

Three sisters, two brothers living in Afghanistan Mr Nawaz, who is living with another son, Haq Nawaz, in Thatta also told the CTD team that not only Hafeez but his wife, his two other sons and three daughters had also been shifted to Afghanistan.