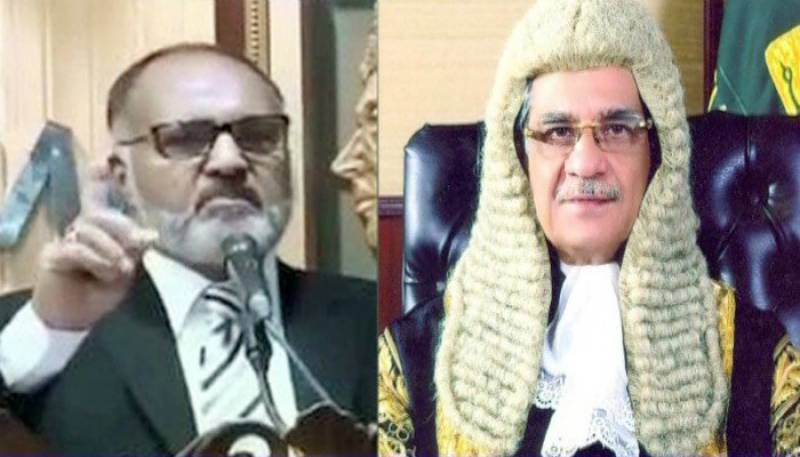 In a letter written to the CJP, Justice Siddiqui said that a commission be formed with a retired or serving judge as its head. He added that the judge should not be someone who took oath under the Provisional Constitutional Order, instated by former military dictator Pervez Musharraf in 2007.

In an address to the Rawalpindi Bar Association on Saturday, IHC Justice Shaukat Aziz Siddiqui, referring to the country's intelligence agencies, had claimed that certain quarters were interfering in the working of the higher judiciary. link link

Soon after, the army spokesman requested the Supreme Court to take action into the “serious allegations against “state institutions including honourable judiciary and the premier state intelligence agency.”

The SC subsequently took notice of the speech and has summoned the record of Justice Siddiqui’s speech from PEMRA.

The IHC judge stated in his letter that he stated facts about the prevailing situation without any fear.